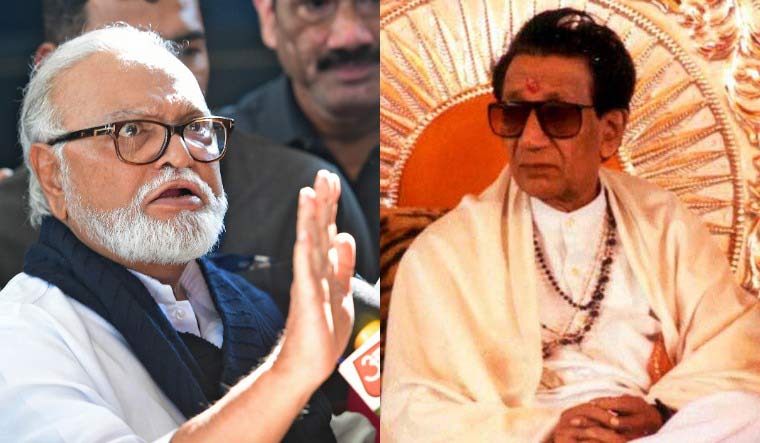 That politics is called the art of the possible is an expression that has been overused ever since the Shiv Sena, Congress and NCP began deliberations in October to stitch together an alliance.

But even that expression will prove inadequate if one particular NCP MLA manages to become a minister in the Uddhav Thackeray government that assumes office on Thursday. That MLA is Chhagan Bhujbal.

An NCP leader told PTI on Thursday, “Bhujbal and [Jayant] Patil are expected to be sworn in as ministers from the NCP...” Chhagan Bhujbal began his political career in the Shiv Sena in the 1960s, before leaving the party in 1991 to join the Congress. Bhujbal has been a close associate of Sharad Pawar and left with him when the latter formed the NCP in 1999.

Bhujbal may not be making it to the front pages of national dailies now, but for a few days in July 2000, Bhujbal was making global headlines. As deputy chief minister of Maharashtra with charge of the home portfolio then, Bhujbal seemingly did the unthinkable: Order the arrest of Shiv Sena founder Bal Thackeray, the father of Uddhav.

Bhujbal gave authorisation to the Mumbai Police to arrest Bal Thackeray for writing editorials in Samaana, the party mouthpiece, from December 1992 to January 1993 that allegedly incited communal violence after the demolition of the Babri Masjid. Bal Thackeray was arrested on July 25, 2000, and taken to a chief metropolitan magistrate's court. However, the magistrate threw out the case, saying it was time-barred and also questioned the long delay in filing a charge-sheet.

The arrest and immediate release of Bal Thackeray was projected as a fiasco, which was blamed on Bhujbal as personal vendetta against the Shiv Sena chief. Media reports at the time claimed Vajpayee and then home minister L.K. Advani had initiated back-channel talks with the NCP to 'temper' Bhujbal's zeal against Bal Thackeray.

Bhujbal, who was a Shiv Sena corporator in the 1970s, became the mayor of Mumbai in 1985. Bhujbal, an OBC, left the Shiv Sena in 1991, alleging that Bal Thackeray was opposed to implementation of the Mandal Commission's recommendations on reservations. However, reports claimed Bhujbal was miffed at Bal Thackeray overlooking him and appointing Manohar Joshi as leader of opposition after the 1990 Assembly polls. Joshi would become the first Shiv Sena chief minister in 1995.

Ironically, Bhujbal would go on to have run-ins with the law himself. In 2003, he had to resign as deputy chief minister after being linked to the Abdul Karim Telgi stamp paper scam. Bhujbal was reappointed deputy chief minister in 2008 and held the post till 2010. Bhujbal, a politician with substantial business interests, was arrested by the Enforcement Directorate in a money-laundering case in 2016 and was in jail before the Bombay High Court granted him bail in May 2018.