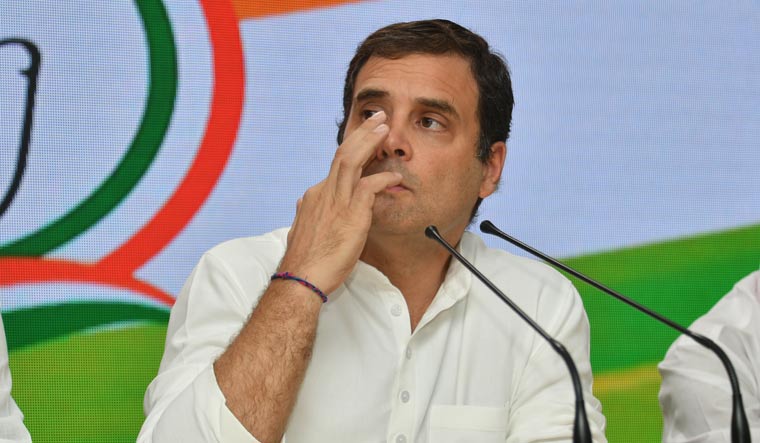 BJP workers on Saturday staged a protest in Jaipur seeking an apology from Congress leader Rahul Gandhi in the wake of the Supreme Court's clean chit to the Modi government on the Rafale deal.

“People of the country have clearly seen that he (Rahul) has lost in the people's court (Lok Sabha polls) as well as in the court of law. He is expected to apologise,” BJP national spokesperson Sudhanshu Trivedi told reporters after the protest.

The BJP has also referred to the apex court's decision to let off Gandhi in a contempt case for attributing false remarks to it after he tendered an apology.

In the run-up to the Lok Sabha elections earlier this year, Gandhi had raised the Rafale issue aggressively, targeting Prime Minister Narendra Modi with his “chowkidar chor hai” jibe over the Rafale deal.

The apex court on Thursday gave a clean chit to the Modi government on the purchase of 36 fully-loaded Rafale fighter jets from Dassault Aviation, rejecting the petitions seeking review of its last year order.

Targeting the Rajasthan government, Trivedi said that Chief Minister Ashok Gehlot should answer why unemployed youth did not get unemployment allowance even one year after the Congress assumed power in the state.

On political situation in Maharashtra, Trivedi said, “When Balasaheb Thackeray used to sit in a chair, there used to be lions on his seat ... today Shiv Sena's lion is being locked in a cage which has two ring masters.”

The Sena is holding talks with the Congress and NCP for forming government in Maharashtra which is currently under President's rule.