Triple talaq victims in UP to get Rs 6,000 annually, free legal aid 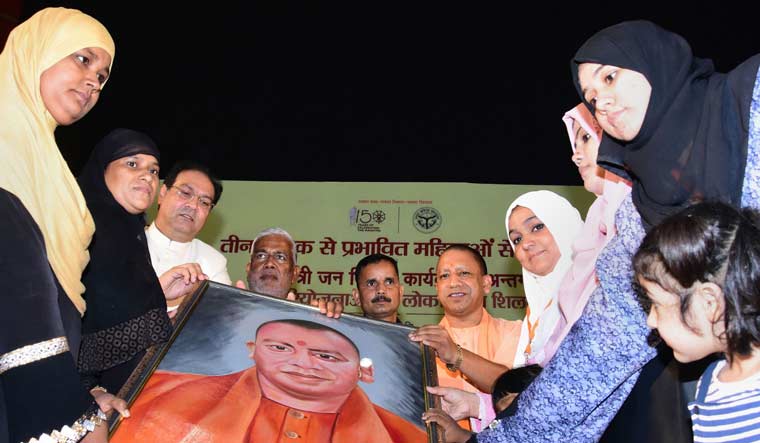 Uttar Pradesh Chief Minister Yogi Adityanath is presented a painting by the victims of triple talaq, at Indira Gandhi Pratishthan, in Lucknow | PTI

Victims of triple talaq in Uttar Pradesh would get an annual compensation of Rs 6,000 till they become self-reliant and free legal aid, said Chief Minister Yogi Adityanath on Wednesday.

While interacting with around 300 victims of triple talaq in the state at Indira Gandhi Pratishthan in Lucknow, Adityanth said such women should be given rights over waqf properties. He also called for several welfare measures for their rehabilitation.

The chief minister said strict action would be taken against men who, while married, take another wife and harass their first wife. He also promised action against police officers who refuse to pursue such cases as per the law.

"Educated women should be absorbed in government jobs as per their qualifications while arrangements should also be made for providing them shelter and education under various schemes. These women should be covered under the Ayushman Bharat Yojana or under the Chief Minister Arogya Scheme," he said.