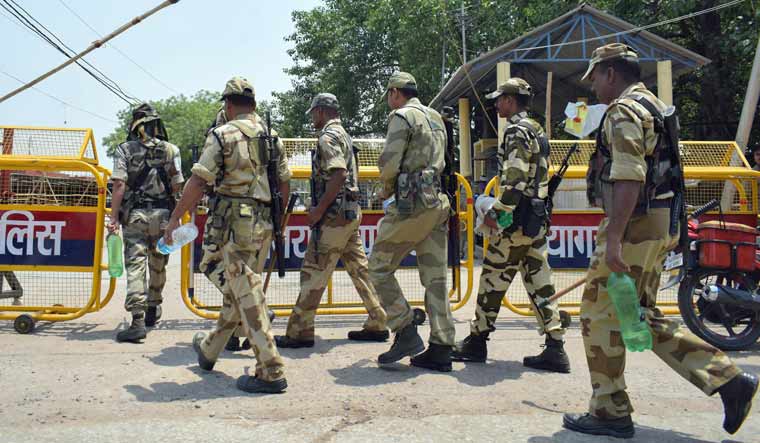 The Ministry of Home Affairs (MHA) will hold a high level meet on Jammu and Kashmir at noon today, according to reports. In the meeting chaired by the home secretary, the discussion will turn to security measures in Kashmir, and the bifurcation of the Jammu and Kashmir state.

In the first incident of terrorist violence after the special status of Jammu and Kashmir was revoked, suspected militants on Monday abducted and killed two members of the nomadic Gujjar community from a forested area in Pulwama district, police said.

Abdul Qadeer Kohli of Rajouri district and Manzoor Ahmed of Khonmoh area of Srinagar were abducted by unidentified gunmen from 'Dhok', a temporary shelter, from the forested area of Tral in Pulwama district around 7:30pm, a police spokesperson told PTI.

He said the bullet-riddled body of Kohli was later recovered by a search-and-rescue party. The body of Ahmed was found later, police announced on Tuesday morning. This is the first militant attack after the BJP-led NDA government abrogated provisions of Article 370 and announced bifurcation of Jammu and Kashmir into Union territories on August 5.

Meanwhile, the Supreme Court will hear a petition filed by a group of seven persons—including Shehla Rashid and former IAS officer Shah Faesal—challenging the abrogation of special status, and the Jammu and Kashmir Reorganisation Act. The petition will be heard on Wednesday along with other similar petitions on the Kashmir issue. Other petitions related to Kashmir are pending in courts. On a plea by Faesal, who has alleged that he was illegally detained at the Delhi airport on August 14 and taken back to Srinagar, where he has been kept under house arrest, the Delhi High Court asked both sides to file submissions before the next date of hearing on September 3.

At the same time, there are inputs of mounting security threats. Navy Chief Admiral Karambir Singh on Monday said that his force has received intelligence inputs of Pakistan-based Jaish-e-Mohammad terrorists being trained to carry out underwater attacks. Singh said the forces are keeping a track of the inputs and are fully alert to foil any of their designs.

“After 26/11 attack in 2008, we set up the coastal security. It is doing very well. As the Navy is overall in-charge of maritime security, including coastal security, along with the coast guard, the marine police and other stakeholders, we are ensuring that there is no intrusion from the seas,” he said.

All eyes are on Pakistan to see what its next move on the issue would be. Prime Minister Imran Khan said on Monday that he will raise the issue at every international forum, including at the UN General Assembly. In his address to the nation on the Kashmir issue after India revoked the special status of Jammu and Kashmir on August 5, Khan assured the people of Pakistan that his government will stand by the Kashmiris till India lifts the restrictions in the Valley. "I will tell the world about this, I have shared this with heads of state that I have been in contact with. I will raise this issue at the UN as well," he said, while referring to his scheduled address to the UN General Assembly next month.