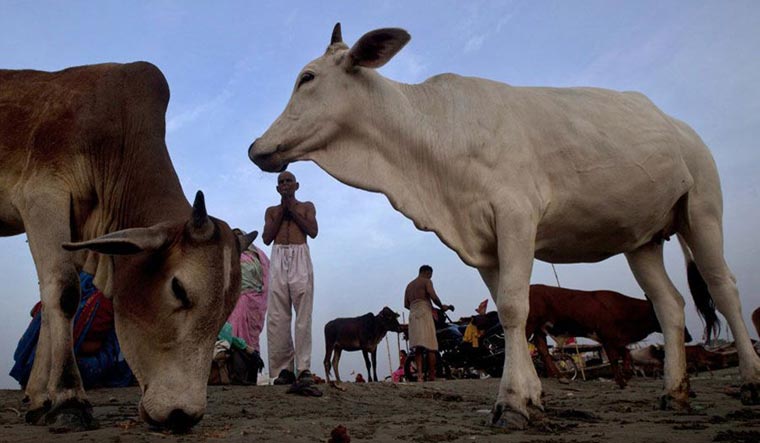 People who consumed cow meat were labelled as untouchable in ancient India and the words 'untouchability' and 'dalit' did not exist in ancient Indian literature, a senior RSS leader said on Monday.

Speaking at a book launch, Krishna Gopal, joint general secretary of the Rashtriya Swayamsevak Sangh (RSS), noted that even the Constituent Assembly preferred using the word 'scheduled caste' over 'dalit'.

"It was the conspiracy of the British that the word dalit percolated (in society)," he said.

He said gradually this started percolating in the minds of people and a large section of the society was branded as untouchable. They were oppressed and insulted for a long time.

Gopal said sage Valmiki, who wrote Ramayana, was not a dalit but a shudra, and many great rishi were also shudras and they were highly respected.

Shudra is one of the four varnas, the other three being Bramhin, Kshatriyas, Vaishyas. It was also the lowest in the varna order.

In India, untouchability was banned through the Untouchability (Offences) Act 1955 which was later called The Protection of Civil Rights Act.

Gopal said that another example of untouchability was during the Islamic invasion during the time of Raja Dahir in the 8th century.

Dahir was the Hindu King of Sindh and was defeated by Mohammad-bin Kasim which marked the first Islamic invasion in India.

Gopal said the queens of Dahir killed themselves saying they will become 'untouchable' if they were touched by invaders.

The RSS leader also said the "important goals" of Christianity and Islam were "to convert those who did not believe in their practice".

No religion that originated in India believed in such practice, Gopal asserted.