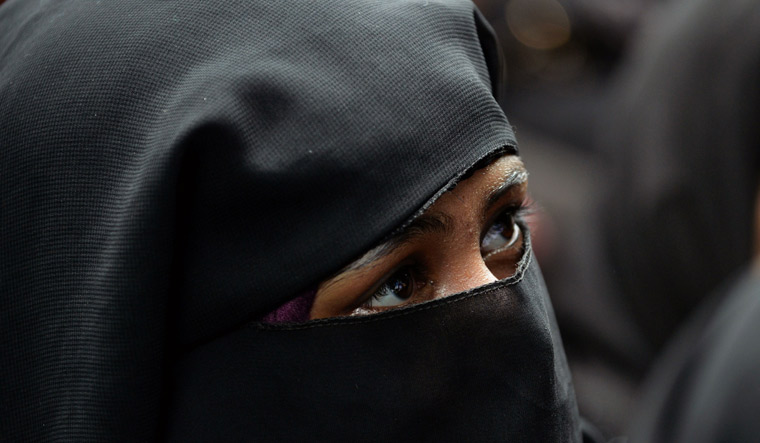 “The Modi government brought in triple talaq law but the Yogi government is not bothered about ensuring its proper implementation,” said former UP chief minister and Samajwadi Party president Akhilesh Yadav. Yadav took potshots at the state government after a 22-year-old woman was burnt alive in front of her five-year-old daughter after she complained that she was divorced by her husband using instant triple talaq.

"Women are being beaten and killed because of triple talaq and the police are remaining mute spectator," said Yadav.

The incident happened in Gadhra village of Shravasti district on Friday. According to reports, the victim's father alleged that his daughter was divorced by her husband by uttering triple talaq over phone on August 6. Though she had filed a complaint, the police refused to register a case, he said. On Friday, she was burnt alive allegedly by her husband and in-laws.

The murder of the young woman was an example of how the triple talaq law has been having a disastrous impact on women, Uttar Pradesh Congress president Raj Babbar told IANS.

According to the news agency, the victim's daughter told the police: "On Friday noon, my father returned after offering namaaz and told mother to go away since he had given her talaq. Then they got into an argument. My grandfather Azizullah, grandmother Haseena, and aunts Gudiya and Nadira also were there. Father held my mother by her hair and thrashed her, my aunts Nadira and Gudiya poured kerosene and grandma and grandpa lit the matchstick."

The Parliament on July 30 approved the Muslim Women (Protection of Rights on Marriage) Bill that makes instant triple talaq a criminal offence, after the contentious legislation was passed by Rajya Sabha. Under the new bill, Instant divorce by Muslim men is punishable by jail term of up to three years.