UP ATS arrests couple in Bhopal for suspected Maoist links 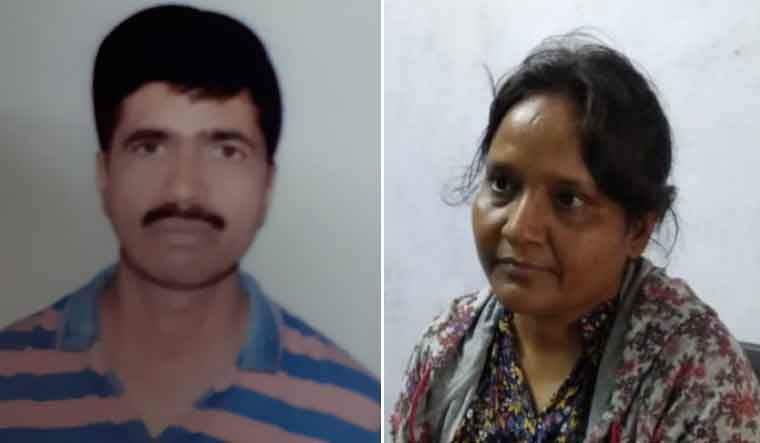 Manish Shrivastava and his wife Varsha | Image courtesy: UP ATS

The Uttar Pradesh Anti-Terrorist Squad (ATS) has arrested a couple from Bhopal on suspected links with Maoists on Sunday. The arrests came after questioning of the couple residing in Shahpura of the MP capital.

Manish Shrivastava and his wife Varsha alias Anita, both hailing from Machhlishahar in Jaunpur of Uttar Pradesh, were allegedly using fake identities and other fake documents to reside at a rented accommodation in Bhopal, a statement by the ADG of UP ATS, Asim Arun said.

The UP ATS statement said they were receiving intelligence on some people ‘with Naxal ideology’ engaging in ‘anti-national activities’ and based on this, eight persons were questioned in four places, including Bhopal.

Also six other persons in three places of Uttar Pradesh were questioned, but let go after that. However, data has been extracted from their electronic gadgets—laptops, cell phones and pen drives—and these would be checked for further action, the ADG said.

The ATS also confiscated some literature and electronic gadgets from the couple and are in the process of checking them for further action, the officer said. The Shrivastava couple would be taken to Lucknow on transit remand on charges of conspiracy, the ADG said, adding that further charges would be added after studying the confiscated material.

The Inspector General of Police (IG) of Bhopal, Yogesh Deshmukh, confirmed to The WEEK that the couple had been arrested by UP ATS with requisite support of the Bhopal police.

Meanwhile, in a statement to media, the Director General of Police of Madhya Pradesh, V.K. Singh said suspected elements of Maoist ideologies have been found to stay in urban areas across India and this is likely one such instance. He said the UP ATS will be taking requisite action about the couple arrested from Bhopal.