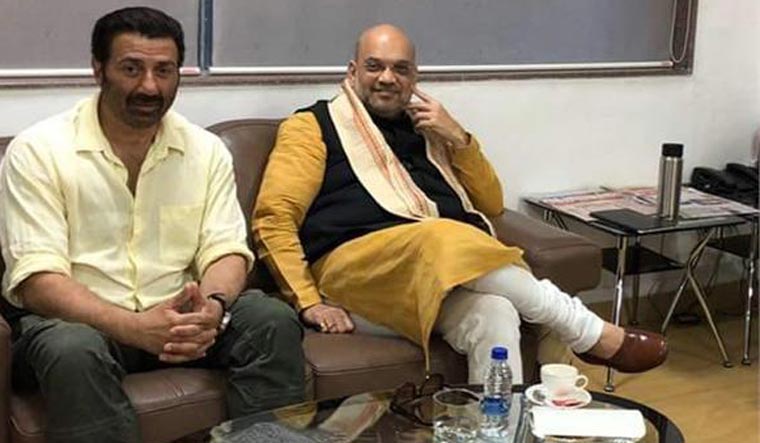 Bollywood actor Sunny Deol, who was popular for his action hero roles in the 1990s and 2000s, joined the BJP on Tuesday.

Deol had met BJP chief Amit Shah in Pune on Friday, sparking speculation that his political plunge was imminent. However, Deol refused to comment on his political ambitions.There has been speculation for months the BJP may field Deol from Amritsar or Gurdaspur constituencies in Punjab.

Interestingly, prior to the 2014 elections, there were rumours that Deol could join the BJP and contest from Ludhiana. Deol had campaigned in the 2014 polls for current Union minister Satyapal Singh.

Deol is the son of yesteryears star Dharmendra, who had won from the Bikaner constituency in Rajasthan in the 2004 election on a BJP ticket.

His step-mother, actress Hema Malini, had won from Mathura in 2014 on a BJP ticket and is contesting from the constituency in this election also.