When Rafale comes, Pak won't have an answer to our capabilities: Air Chief Marshal Dhanoa 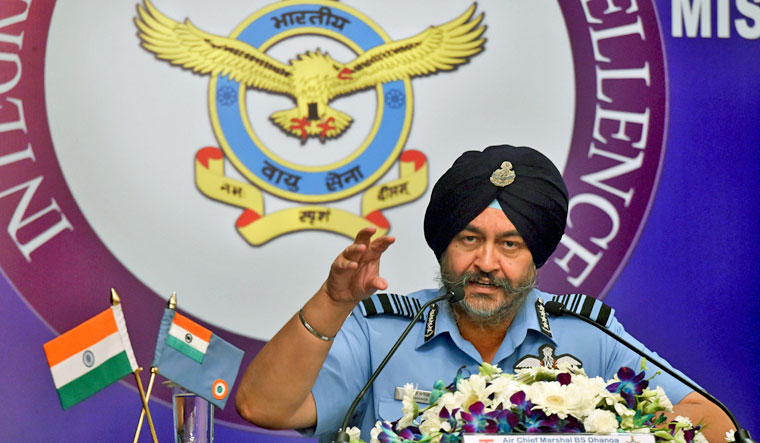 Air Chief Marshal B.S. Dhanoa, speaking to ANI, said that once Rafale jets come in, Pakistan won't have an answer to the Indian capabilities. "When the Rafale comes in, the deterrence of our air defence will increase manifold. They [Pak] will not come anywhere near the LoC or the border, with the kind of of capability that we will possess, for which presently they [Pak] don't have an answer."

Air Chief Marshal BS Dhanoa: When the #Rafale comes in, the deterrence of our air defence will increase manifold,and they (Pak) will not come anywhere near the LoC or the border,with the kind of of capability that we will posses, for which presently they(Pak) don't have an answer pic.twitter.com/mVnM62kQyz

Even while political mudslinging over the Rafale deal continues unabated, several commentators had waded in saying Rafale was absolutely necessary to the issue of national security. Former Air chief marshal Anil Yashwant Tipnis, during whose tenure the IAF undertook combat operations in the Kargil War, told THE WEEK: The government-to-government deal for acquisition of 36 Rafale fighters from Dassault Aviation was a masterstroke. As the Rafale takes to the Indian skies, the IAF's morale will take an upward leap.

The Rafale outranks contemporary fighters—except Lockheed Martin’s F-35—in most parameters of operational capabilities, safety features and ease of operation/ training/ maintenance. The Rafale gives 'bang for the buck', if its entire life cycle performance is considered. If our experience with the Mirage 2000 from the Dassault stable can be a guideline, there should be little doubt about the Rafale’s contractual obligations being proven in performance.

In aviation technology jargon, the IAF's last major acquisition, the Russian-origin Su-30MKI fighter, could be termed as a fourth generation aircraft. The Rafale, on the other hand, could be considered a fighter of the 4.5 to fifth generation. The Rafale is streets ahead of the Su-30MKI with much smaller radar and infra-red signatures, making it harder to detect. Its electronic warfare systems allow for greater ranges of detection and neutralisation of threats. The Rafale offers a substantial increase in radius of action in air-to-air as well as air-to-ground roles, greater weapons load and more wing and fuselage stations (14 in total) to carry weapons and fuel tanks.