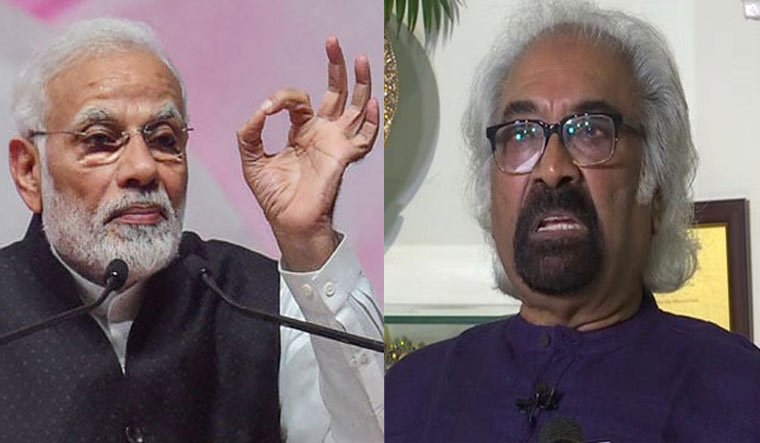 Sam Pitroda, a close aide of Congress president Rahul Gandhi and chairman of the Overseas Indian National Congress, on Friday questioned the death toll in the Balakot strike carried out by the Indian Air Force and also sought a dialogue with Pakistan.

Pitroda's comments drew sharp reaction from Prime Minister Narendra Modi who said “the most trusted adviser” of the Congress president has demeaned the armed forces.

“I would like to know a little more because I read reports in the New York Times and other newspapers. Did we really attack? Did we really kill 300 people? I don't know,” Pitroda said in an interview to the news agency ANI.

He said the international news outlets had an alternative view of the impact of the air strike and that the people of India deserved to know the facts of the operation.

A fleet of IAF fighter jets crossed the border to pound a major training camp of the Jaish-e-Mohammad on February 26, twelve days after the terror outfit orchestrated a suicide attack on a CRPF camp at Pulwama, killing 40 jawans.

Even though neither the IAF nor the government gave an exact figure of the casualties in the strike, reports had quoted various official sources as saying that 200-300 terrorists were killed.

Later PM Modi used Pitroda's comment to lash out at the Congress, saying the opposition party had insulted the armed forces.

“The most trusted adviser and guide of the Congress president has kick-started the Pakistan National Day celebrations on behalf of the Congress, ironically by demeaning India’s armed forces,” Modi said.

In a sharp jibe at the grand old party, he said, “The loyal courtier of Congress’ royal dynasty admits what the nation already knew—Congress was unwilling to respond to forces of terror.”

“This is a New India- we will answer terrorists in a language they understand,” the prime minister said.

Accusing the opposition of insulting the armed forces, Modi urged people to question these leaders' statements.

“Tell them, 130 crore Indians will not forgive or forget the opposition for their antics. India stands firmly with our forces,” Modi said.

Pitroda, while talking to the news agency, also advocated for dialogue with Pakistan. Referring to the Pulwama attack, he said, “It would be naive to assume that if some people came here and attacked, every citizen of that nation is to be blamed.”

Pitroda, who is part of Congress's manifesto committee for the 2019 Lok Sabha elections, however, claimed that the views expressed by him are his personal and that of the Congress party.