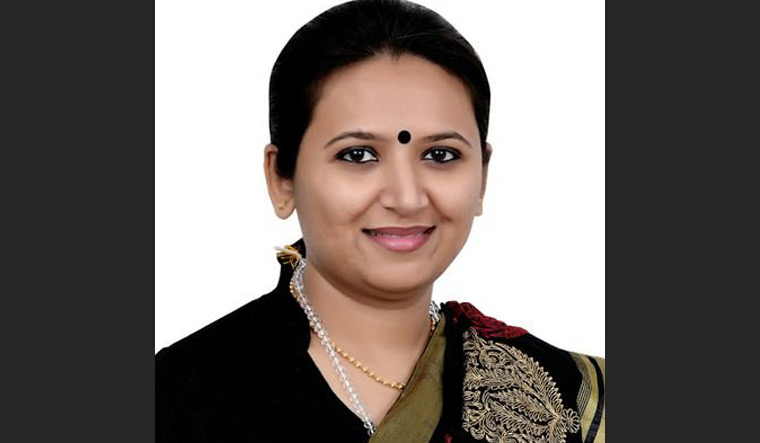 Reshma Patel, the female face of Patidar agitation in Gujarat, resigned from the Bharatiya Janata Party on Friday, alleging that the ruling party had become a marketing company.

Reshma, a former close aide of Patidar stir leader Hardik Patel, had quit the Patidar Anamat Andolan Samiti following differences within and joined the BJP ahead of 2017 assembly elections. The party quickly made her its media panelist.

Talking to THE WEEK, Reshma said that she would contest Lok Sabha elections from Porbandar.  Sources close to her confirmed that she has approached the Nationalist Congress Party for ticket.

Reshma said if she does not get a party symbol, she would contest as an independent.

“If I contest as an independent, I will also contest the by-election to Manavadar assembly seat, which falls under Porbandar Lok Sabha constituency,” she said. The 33-year-old leader said that she chose to contest from Porbandar as that was the place where she had spent her childhood and carried out social activities.

In a letter to the Gujarat president of the BJP, Reshma alleged that the party has become nothing but a marketing company and they were taught to misguide the masses by marketing wrong policies and wrong schemes.

Reshma also alleged that the autocratic behaviour of the party leaders has compelled the party workers to toil. She said that she wanted to work for the people and for a positive change in the society.

The Patidar leader also said that she resigned from the BJP as she couldn't remain a mute spectator to the “injustice”. She said that she did not want to be party to the autocratic nature of its functioning.

In the BJP, women are left only for fetching votes by going home to home, Reshma alleged, adding that in the last assembly elections, hardly 13 women were given tickets. “My fight is also against that,” she said.

She further alleged that the state government did not fulfill several promises, including giving jobs to the kin of those who died during the Patidar stir in 2015.