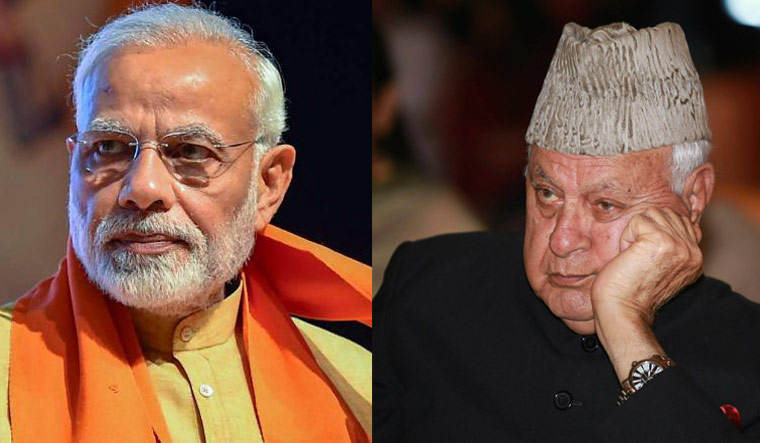 At a time when the cross-border air strike carried out by the Indian Air Force has sparked off a major political debate in the country ahead of the Lok Sabha polls, National Conference president Farooq Abdullah said on Monday that the BJP-led government ordered the operation with the sole purpose of winning elections.

"This surgical strike (air strike) was done only for the purpose of election...totally for the election. We lost an aircraft worth crores of rupees. Be thankful that the IAF pilot (Wing Commander Abhinandan Varthaman) survived and returned from Pakistan with respect," Abdullah told reporters in Srinagar.

On February 26, a dozen IAF Mirage 2000 fighter jets crossed the border and pounded a major terror training camp of Jaish-e-Mohammad at Balakot. The IAF strike was in response to a suicide attack on a CRPF convoy at Pulwama on February 14, orchestrated by the JeM, killing 40 jawans.

Though the IAF and the government confirmed the operation at Balakot, a major controversy erupted over the number of casualties with the opposition parties seeking “proof” of the impact of the air strike.

“In the Parliament, we knew they have failed on all other things and that there would be a fight or a skirmish with Pakistan in Kashmir so that he (Prime Minister Narendra Modi) becomes some kind of an ‘avatar’ without whom India cannot survive. But I want to tell him that whether he or I live or not, India will live and move forward,” Abdullah said.

The former chief minister alleged that an atmosphere of fear is being created in the country to help the BJP win the polls.

Abdullah's comments came two days after Modi lashed out at the opposition for their remarks on the Balakot strike.

"Opposition must listen, my proof is the faith of 130 million people. Those, who fear going to jail for corruption want to capture Delhi and remove Modi from here," the prime minister had said at a public meeting in Ghaziabad.

Earlier on Wednesday, Abdullah had alleged that those questioning claims on the Balakot air strike was being branded as anti-national and said the time had come for people to ask questions to those in power.

"Surgical strike, Oh wonderful!! We shot down their (Pakistan) plane and (if) you ask where is the proof of the plane you shot, or where is the proof as (BJP chief) Amit Shah says that 300 people died—you are anti-national you are against the country," Abdullah had said.