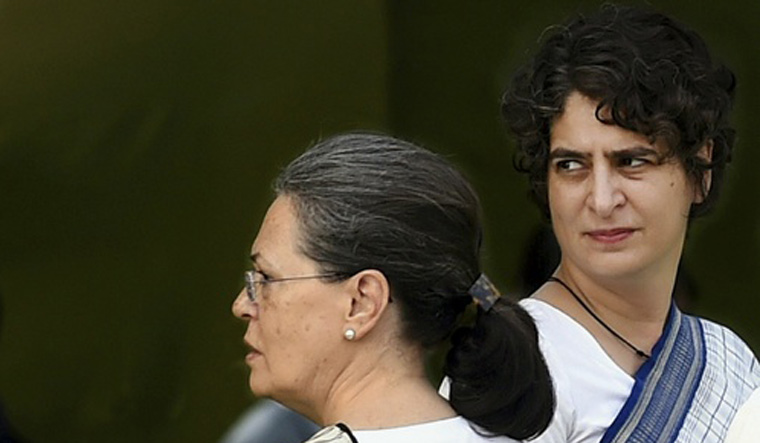 Taking a swipe at the Congress over Priyanka Gandhi Vadra's entry in politics, senior BJP leader Kailash Vijayvargiya on Saturday said it was fielding "chocolaty" faces in Lok Sabha polls as it has a dearth of strong leaders.

He also said that "Priyanka would not have been brought into active politics if there was confidence within the Congress on (party chief) Rahul's leadership."

Vijayvargiya's comments came amid a controversy over senior BJP leader and Bihar Minister Vinod Narain Jha's remark on Friday that Priyanka Gandhi Vadra has no other quality except being "very beautiful" and the Congress should remember that beauty does not garner votes.

The remark by Jha, who holds the public health and engineering portfolio, was met with disapproval from Chief Minister Nitish Kumar's JD(U) even as the opposition Congress-RJD combine demanded his sacking, accusing him of having displayed a "perverse" attitude towards women.

"I was watching a debate on a TV channel in which it was being said that the decision to confer Pranab da with Bharat Ratna was taken to strengthen BJP in West Bengal. Those involved in this kind of discussion are insulting Pranab da," he said.

Vijayvargiya is the BJP's in charge general secretary for West Bengal.

"The decision to confer Pranab da with Bharat Ratna is the biggest proof of the fairness of this honour. It is wrong to link this decision with party politics. Such comments are condemnable," the BJP leader said.

"During the (PM Narendra) Modi government, national honours are given to those who deserve them," he claimed.

Vijayvargiya termed the Madhya Pradesh government's farm loan waiver scheme a political gimmick, and asked if it had the Rs 40,000 crore needed for the scheme.