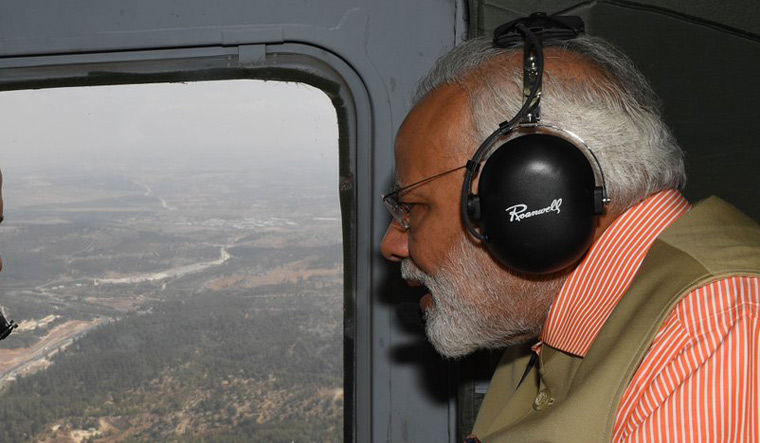 Two days ahead of Prime Minister Narendra Modi's scheduled visit to Balangir district, a row erupted on Sunday over the alleged cutting of trees to prepare a temporary helipad for the visit.

Divisional Forest Officer (DFO), Balangir, Sameer Satpathy said several trees were felled near the railway station ground in the district to prepare a temporary helipad for Modi's visit without obtaining prior permission. Satpathy added that an inquiry in this regard has been ordered.

Union Petroleum Minister and senior BJP leader Dharmendra Pradhan, however, claimed people who were "afraid" of Modi's visit were trying to spread a false campaign by "misusing" forest officials.

"Following the direction of the DFO, a team will visit the site in order to ascertain the number of trees felled in the area," said Assistant Conservator of Forests (ACF) Babaji Charan Raul. Since the area happens to be under the jurisdiction of the Railways, an official of the East Coast Railways (ECoR) said they are also conducting an inquiry into the matter.

"We are doing our own inquiry on the subject," Chief Public Relations Officer (CPRO) of ECoR, J.P. Mishra said, adding, preparation of such a helipad is the task of the public works department (PWD) of the state government.

Pradhan added, "It is the local administration, which decides as to where the prime minister's helicopter will land." Modi is slated to attend an official function on Tuesday where he will launch a host of projects, besides addressing a BJP rally in the western Odisha town during his visit.