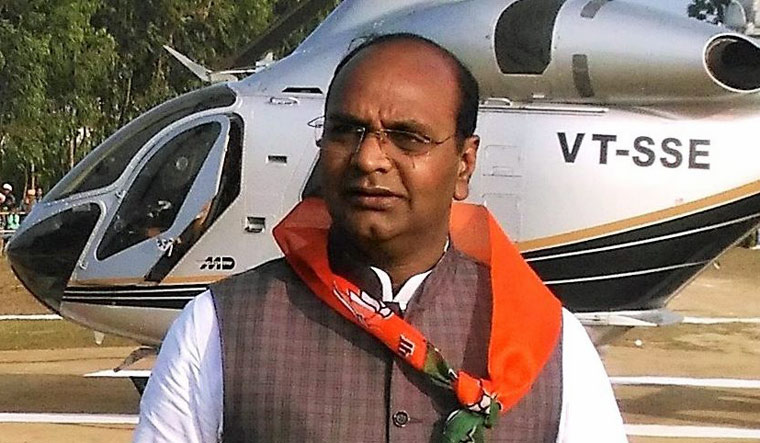 In a an unusual move a returning officer of Narela assembly constituency in Bhopal, Mukul Gupta lodged a FIR against three Bhopal Gas victims survivors organizations for holding a press conference against BJP candidate Vishwas Sarang, who is also minister for Gas Tragedy Relief department in state government.

On November 19, leaders of four organisations of the survivors of the Union Carbide disaster during a press conference, charged Minister Vishwas Sarang of misusing funds meant for economic and social rehabilitation of the survivors. The organisations presented copies of documents obtained under right to information from the Department of Bhopal Gas Tragedy Relief and Rehabilitation that show that over half of the funds meant for providing employment to survivors and their children have been diverted to build drains, roads and parks.

Releasing the documents, Rachna Dhingra of Bhopal Group for Information and Action (BGIA), an organization working in support of the survivors said that documents show that almost one third of the funds meant for housing of residents in the vicinity of the Union Carbide factory are also being diverted for purposes like building drains, roads and parks.

Satinath Sarangi of BGIA said that the FIR at Shyamla Hills Police Station is baseless and has been lodged with the sole purpose of stopping the Bhopal survivors’ organizations from exposing the misdeeds of Minister Vishwas Sarang. He said that the criminal case under Sec. 188 and 171 G of the Indian Penal Code will be indefensible in court of law. He asserted that all statements regarding wrongly utilising the funds meant for rehabilitation of Bhopal survivors by the Minister were made on the basis of documents obtained from his department under Right to Information Act.

President of the Bhopal Gas Peedit Mahila Stationery Karmchari Sangh, Rashida Bee said “In 2010, 104 Crores were allocated to provide jobs to 1 lakh Bhopal survivors and their children. After failing to provide employment to even one survivor in the last eight years, the Minister is now spending more than 60 crores of the money meant for employment generation on public works that are routinely funded by tax-payers money.”

“Out of the total fund, nearly 75 crores that the Minister has taken away from the funds meant for survivors is being spent in his own constituency. Gas victims and survivors are being robbed to pay for the Minister’s vote gathering plans. To fuel the Minister’s ambitions, the plan to provide safe housing to families living in the contaminated area next to the Union Carbide factory has been abandoned.” said Nawab Khan, President of the Bhopal Gas Peedit Mahila Purush Sangharsh Morcha.

“Documents we got through RTI show that while hundreds of survivors of Bhopal tragedy await relief and rehabilitation, more than half of the funds allocated for their rehabilitation in 2010 remain unspent today. If the Minister was a school student like many of our members, he would have been kicked out for repeated failure.” said Nausheen Khan of the Children Against Dow Carbide.