Army Chief Rawat says there is need for another surgical strike 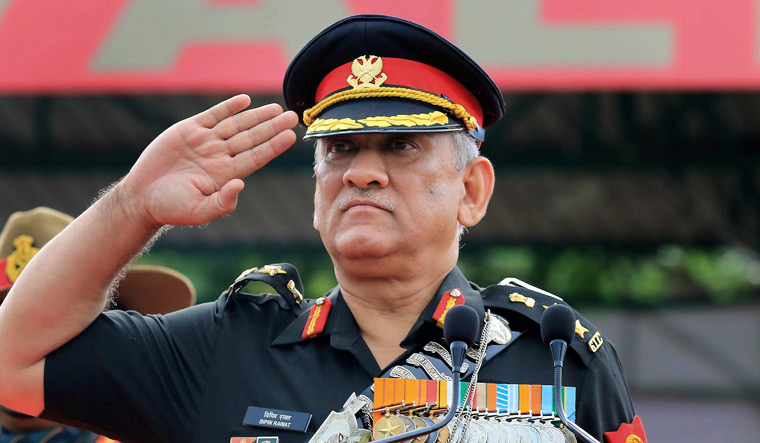 In view of the current situation in Jammu and Kashmir, Army Chief General Bipin Rawat on Monday said he believed there was a need for another surgical strike on terror launchpads across the Line of Control.

In response to a question on whether there is a need for one more surgical strike, Rawat responded in the affirmative.

"I believe there is a need for one more action [surgical strike]. But I would not want to disclose how we want to do it," Rawat said in an interview to a news channel that was telecast on Monday.

The Indian Army conducted surgical strikes on terror launchpads across the Line of Control on September 29 two years ago.

On Sunday, Rawat had backed the Narendra Modi government's decision to call off dialogue with Pakistan, asserting that talks and terror cannot go together.

The Modi government on Friday had called off a meeting between the foreign ministers of India and Pakistan in New York, citing the brutal killings of three policemen in Jammu and Kashmir and Islamabad releasing postage stamps "glorifying" Kashmiri militant Burhan Wani.

Last week, a BSF solider was shot dead and his body was found mutilated.

Rawat had also said infiltration from across the border persists despite the call for a ceasefire by Pakistan, and stressed that this cannot be allowed to continue and appropriate action has to be taken to deter terrorists from disrupting peace in the valley.

The Modi government had recently announced plans to commemorate the second anniversary of the 2016 surgical strike on September 29, evoking criticism from some quarters.