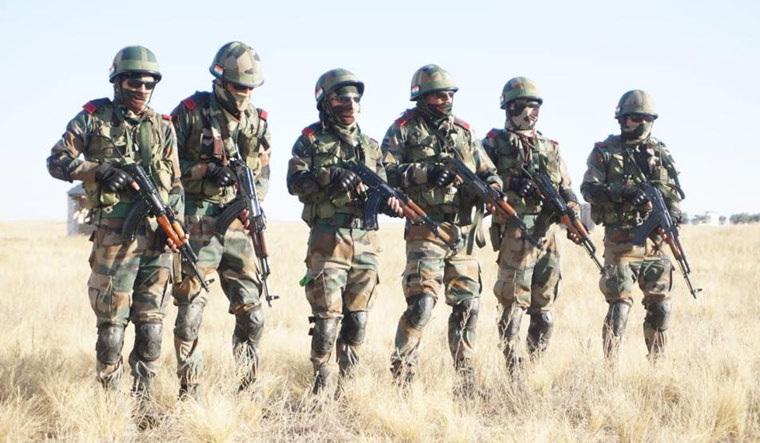 I have been rather puzzled by what I read two days ago that the Narendra Modi government plans to celebrate the second anniversary of the ‘surgical strike’ undertaken by the Indian Army on September 29, 2016. The so-called “show-off” extravaganza of two weeks beginning this September 29, to my mind, is quite an unnecessary exercise.

I would think such a display on the lawns of India Gate in the capital city, Delhi, is an endeavour toward the last purpose and fits into the narrative of an election campaign.

If this is true, then I am pained that the Indian Army is once again being used as a tool for promoting political objectives and perhaps, in the latest case, electioneering. This is certainly an extremely dangerous and retrograde step as it will weaken the very fabric of the uniform we don and respect.

We need to honour our soldiers, not by mere gimmicks of eulogising just an act but by truly recognising their valour and courage displayed in an act of war.

We have in the past celebrated victory days like Vijay Diwas, commemorating the 1971 victory, the Kargil Vijay Diwas for the 50-day Kargil victory and similar historic commemorative events on the lawns of India Gate. Such reflections are periodic reminders to the public of sacrifices made by the brave soldiers and to encourage and motivate the common man as also our soldiers. However, to feel exceptionally proud of the surgical strike is definitely an overkill.

The one-off surgical strike, brilliantly executed by GOC 15 Corps, is indeed a proud moment for me at a personal level, as the GOC is from my own battalion—8 JAK LI (SIACHEN)—and hence inadvertently, I can take some credit as his one-time commanding officer. But to make a big brouhaha over the strike is most unwarranted and perhaps irrelevant.

It is indeed a dangerous trend as 'respect’ and ‘honour’ are the two most important tenets for ensuring success in battle. We must not make a soldier a mere pawn in the hands of the ‘powers that be’ because that will be very damaging and will impact negatively when you ‘ask’ of a soldier.

I am reminded of what Napoleon had to say over 200 years ago: “Experience has taught us that the soldier of today must not be considered as a mechanical being if he is to accomplish great and excellent things, for it is important to influence his mind and give him a sense of honour.”

How do you give a soldier that honour? How do you make him realise his worth? I am sure it is not through one-off events like commemorating the surgical strike. Of course, at the unit and formation levels, we celebrate various battle honour days, but they are very inward oriented and not for the public fervour and awareness.

What is required, besides the war memorial under construction at India Gate, is to make relics and cornerstones with names of martyrs and awardees inscribed on plaques and displayed at various places, especially close to the homes of those gone before. I found that in Australia and there is a great sense of respect attached to the legacy of soldiers and also a feeling of pride.

I also saw the same at the National D-Day Memorial in the US, which commemorates the allied landings at Normandy. This museum was constructed over a sprawling area in the not-so-big village of Bedford, which feels proud of the 30 bravehearts who died in the operation. This again is a great tourist attraction and is always packed with visitors, who are being educated on the valour of the soldiers. Similar spots are found in South Africa and other places in Europe.

I think plaques like these displayed across different geographies within the country will be more meaningful if you want to honour the martyrs and show respect to soldiers than have an event as being planned to commemorate the second anniversary of the surgical strike.

Rajiv Williams retired as a brigadier from the Indian Army and works in the corporate sector. He is associated with several think tanks.