Canadian scientists made life-saving contributions during the Covid-19 pandemic

The Nobel Prize in physiology or medicine will be awarded on Oct. 3 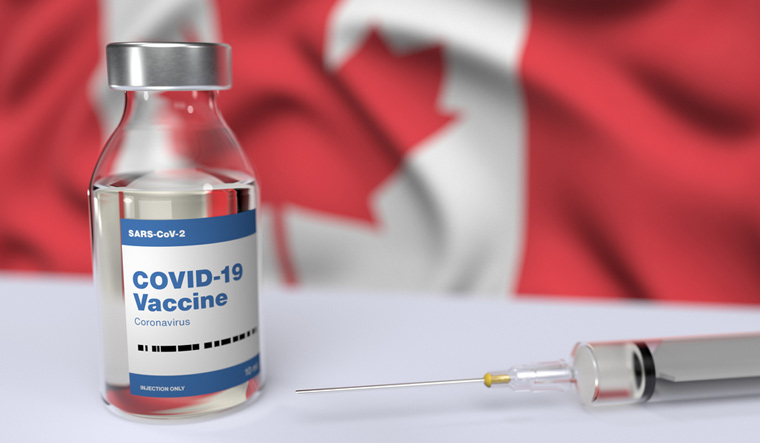 This year, the Nobel Prize in physiology or medicine will be awarded on Oct. 3. Canada will be in the spotlight again, thanks to Canadian scientists' involvement with mRNA vaccine development.

The Canada Gairdner International Award, offered to five researchers who have excelled in the medical sciences, is often considered a predictor of the Nobel Prize.

Earlier this year, the Gairdner Foundation recognized molecular biologist Pieter Cullis, biochemist Katalin Karik and physician-researcher Drew Weissman. Cullis was recognised for the lipid nanoparticle packaging of the mRNA designed by Karik and Weissman for the Covid-19 vaccine.

Canada's input into the development of functional mRNA vaccines also includes Nahum Sonenberg, a pioneer of mRNA research who was consulted in the development of Moderna's mRNA vaccine. Sonenberg received a Gairdner International Award in 2008 for discovering how mRNA is constructed with a cap and tail to enable protein synthesis.

In 2021, in addition to approving the mRNA vaccines from BioNTech and Moderna, Canada also approved the Oxford vaccine. This vaccine uses an adenovirus to insert the gene for the Covid-19 virus spike protein, which stimulates an immune response that protects against Covid-19.

Molecular biologist Frank Graham pioneered the use of adenovirus to generate vaccines.

Research has estimated that 19.8 million lives were saved by the vaccines in 2021, including over 310,000 lives in Canada alone.

Undervaluing the importance of research

The recognition of exceptional scientists by the Nobel Prize committee is sadly not a value shared by our federal government today. In 2017, then Minister of Science Kirsty Duncan highlighted the need for increased funding to the Canadian Institutes of Health Research (CIHR), the Natural Sciences and Engineering Research Council of Canada (NSERC) and the Social Sciences and Humanities Research Council (SSHRC) to reverse the decline in Canadian research.

The U.S. recognizes the importance of research by investing five times more per capita than Canada in health research. As each federal budget is announced, Canadian scientists await eagerly for an increase in budgets to internationally competitive levels which never comes.

The discrepancy between Canada and our peer countries in the G7 and the Organisation for Economic Co-operation and Development means that our future scientists will look elsewhere for promising, unobstructed careers.

Losing our scientists will have an effect on the health of Canadians and the economy.

During the pandemic, Canadians have been following updates and news regarding public health messaging that affects their everyday lives. We have observed and scrutinised how scientific research is conducted and communicated.

The pandemic seems to have sparked a thirst and curiosity for science. The more people inform themselves, the more they are protected from false information which could harm them and their loved ones.

Never has there been a greater need to promote the relevance of science to all across Canada and especially our federal and provincial decision-makers.

The Covid-19 pandemic opened our eyes to the fact that Canada was unprepared. From the first sequencing of the SARS-CoV-2 viral RNA to the first vaccination, the rapid response from scientists demonstrated why scientific research is so relevant to all. With multiple health threats, investing in research should no longer be seen as a luxury.

As seemingly uncontrollable inflation and the problems of the hard-hit economy take hold, Canada's current and future scientists will be gravely affected by the lack of funding to support labs. Without increased investment into scientific research, Canada will not be able to compete scientifically. This plight is a threat to Canada's health and its economy.

Canada needs to retain, recruit and support talent to meet future challenges. These will come from several sources, including future pandemics, increased antibiotic resistance to bacterial infections, the growing impact of cancer, age-related diseases and, of course diabetes. Indeed, it was the discovery of insulin that represented our first Nobel Prize in Physiology or Medicine in 1923. Research saves lives.