Are gay and bisexual men at an increased risk of contracting monkeypox?

Labeling the disease as an STD could result in increased stigmatisation 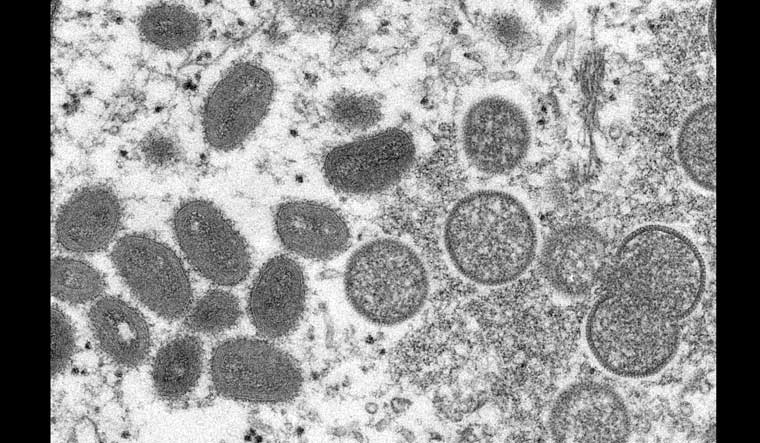 Do gay and bisexual men have an increased risk of monkeypox? The world of medicine seems to be divided on this. "Gay men are are at higher risk as exchange of fluids occur with MSM [men who have sex with men]," says Dr Laxman Jessani, infectious disease specialist at Apollo hospitals, Navi Mumbai.

The overwhelming majority of people who contracted monkeypox are gay men. But not everyone who got infected are gay. “The possible route of spread of disease include droplet and contact transmission apart from sexual transmission,” explained Dr Dipu T.S., associate professor, division of Infectious Diseases at Amrita Hospital, Kochi.

Dr Sanjith Saseedharan, consultant and head, critical care, SL Raheja Hospital, Mahim, said that monkeypox is not an STD. “Even a crowded concert or working environment with close contact with affected individuals could lead to the disease in non-affected individuals. It is a disease that may spread similarly to COVID due to proximity and sharing of bedsheets and clothing, essentially referred to as the fomite spread," he said.

Monkeypox has been around since 1970. It was mostly prevalent in Central and West African countries. Any case that was reported outside of Africa was traced back to someone in Africa or it was through some source of contact with an animal that was exported/imported through African countries, says Dr John Paul M., consultant in tropical medicine and infectious disease at SPARSH Hospital, Bengaluru. "The difference in the current cases is that they are not able to trace the contact/origin. This is a key cause of concern and it is gaining endemicity in other countries."

The current mode of transmission is mainly contact-based, he says. It usually spreads through direct or indirect contact. "Direct contact could be through prolonged contact with any of the active monkeypox lesions or through discharge from those lesions spilling on to another person who comes in touch. Indirect contact could be through when someone shares a bedding or a clothing that was used by a person already infected. These are the two ways of transmission," says Paul.

There is no robust evidence to directly associate whether gay men are at a higher risk of contracting the disease. “The way of transmission could be the reason behind increased incidences of monkeypox among this group. However, the cases reported in India do not indicate that this is predominant among gay men," he said.

In Africa, monkeypox was more prevalent among the gay community. But that does not mean the disease can be pigeonholed. Dr Jayanta Thakuria, senior consultant and unit head, internal medicine and rheumatology, at Accord Super Speciality Hospital, Faridabad, believes sexual relations—whether among gay or normal couples—can lead to spread of monkeypox as people are coming in contact with each other.

Dr Brunda M.S., consultant, internal medicine at Aster CMI Hospital, Bengaluru agrees. "The virus can spread through intimate contact like sex or touching the genitals or anus of a person with monkeypox, hugging, massage, and kissing irrespective of gender. Hence, it is advisable for people to consider minimising sex with multiple or anonymous partners," she says.

As per the latest data, monkeypox has spread across over 60 countries and more than 16,000 cases have been reported. Labeling the disease as an STD (sexually transmitted disease) could result in increased stigmatisation toward people who get infected. Fear of stigma could lead to people not reporting the infection, especially in the developing world. "This could again lead to spread of the disease by weakening the containment measures which largely relies on identification, contact tracing and isolation. Hence it would be a bit premature to label the disease as STD and better would be to direct the effort in containment via awareness building and education, as a disease which spreads predominantly via sexual transmission until further evidence evolves," says Dipu.