70 pc of senior citizens didn't have access to proper healthcare during Covid: Survey 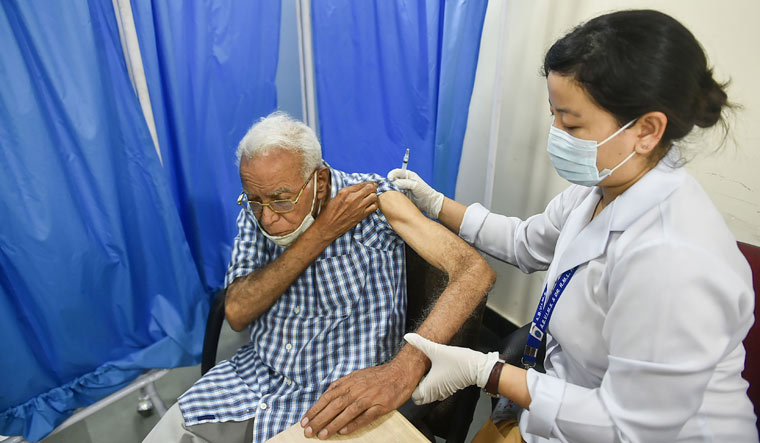 Around 70 per cent of senior citizens did not have access to proper healthcare facilities during the COVID-19 pandemic while over 57 per cent faced mental health issues, according to a survey by Max group firm Antara.

Launched in 2013, Antara is a wholly-owned subsidiary of Max India Limited, one of the three listed entities of the Max Group. It is an integrated service provider for all senior care needs, operating two main lines of businesses residences for seniors and assisted care services.

The sample size of the survey was over 2,100 senior citizens aged 60 and above, Antara said in a statement on Saturday.

The survey was conducted across urban India, with a focus on the North (Delhi-NCR & Jaipur), the West (Mumbai & Pune), and the South (Bengaluru & Hyderabad). The research was conducted in collaboration with Aeon Insights Market Research, over a period of two-and-a-half months from March to May end.

"During COVID, 70% seniors didn't have access to proper healthcare and more than 57% seniors faced mental health issues," Antara said, while releasing the main findings from the second edition of its survey titled 'State of Seniors'.

The survey attempts to bring out insights on the lives, aspirations, preferences, opinions, and consumer behaviour traits of seniors in India.

Commenting on the survey findings, Rajit Mehta, MD and CEO, Antara said: The study focuses on understanding the challenges and needs of India's urban seniors."

He said the pandemic has brought about notable shifts in their living patterns and preferences, consumption of technology, along with rise in mental health concerns.

The survey will help in gauging the needs and demands of our seniors, and understand the evolution in their choices, concerns, and aspirations.

While fear of getting infected rose to 65 per cent, 58 per cent seniors were scared of social isolation as a result of strict guidelines.

"Voted by 53%, ill preparedness to fight COVID-19 was one of the top concerns by the elderly," Antara said.

After witnessing the strong second wave, the topmost concern among seniors is how to avoid serious ailments and maintain health, with 50 per cent of them voting for it.

About 72 per cent of seniors opted for a self-monitored, balanced diet and 55 per cent relied on home remedies instead of seeking professional medical help.

"Commenting on the Indian Government's management of COVID-19, 59 per cent of the seniors said only some aspects were managed well," Antara said. This number was 23 per cent in 2020 survey.

About 33 per cent of respondents found the self-precautionary measures enlisted by the government inadequate, a sharp decline from from 77 pc in the previous survey.

Only 8 per cent of respondents felt the handling was mismanaged on most front, the company said.

In the previous survey, where a significant 32 per cent had said that the government has done well, given the limitations, the number fell to nil this year.

An ageing population in India, along with a growing middle class and enhanced life expectancy, is expected to boost the demand for allied health care services in India, Antara said.

As per the survey, majority of the respondents welcomed the idea of an independent assisted living facility.

64 per cent of the respondents like the idea of such a facility, of which 44 per cent said they would choose one because it would allow them to live with like-minded people and 24 per cent believed opting for such a facility will ensure that their healthcare needs are covered.

It was noted that non-awareness of such existing facilities (37 per cent) and the concept being a novel one less information (30 per cent) are the key hindrances to availing them.

Though seniors like the concept of assisted living, Antara said there still are some concerns around it.

The biggest issue being lack of awareness and existence of such affordable facilities. Also, the fear of being secluded, especially in lockdown-like situations is another critical area, it added.

Antara's first residential community in Dehradun comprises nearly 200 apartments spread across 14 acres of land. In 2020, it launched a new senior living facility in Noida's Sector-150. With 340 apartments in its first phase of development, it will cater to the social, recreational, educational, wellness, and health-related needs of seniors. It is expected to be ready for possession by 2024.