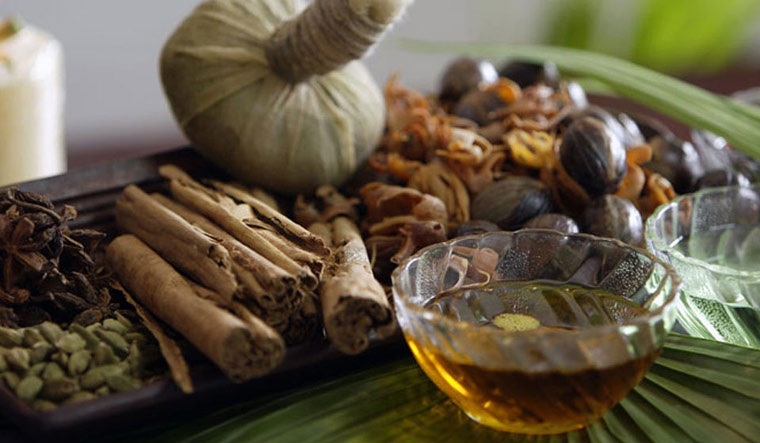 As one with a lifetime’s experience of pro-health Ayurveda, the best of training in Modern Medicine and a ringside view of the ancient Siddha System of Medicine over the past two decades, I have been blessed with a fairly rounded experience of all three. Viewed from this unique perch, it is anguishing to find that out of sheer ignorance, traditional and modern medicine in India seem to be up in arms against each other; when the truth is that by integrating the strengths of the traditional and modern, the country at large can benefit so much; especially in these pandemic times.

I grew up in Kerala on regular Ayurvedic preventive medicines, thanks to Mother who had grown up likewise. It did pay off; for while my cousins in America serially underwent tonsillectomies, my tonsils survived. Rasnaadi Podi application after bath and Chavanaprasham kept sore throats at bay; and if any dared to come, home brewed Kashayam and gargles nipped them in the bud. In fact, only when I went to Medical College in Vellore did tonsillitis resurface, as at hostel I was sans my Ayurvedic immune modulators and boosters. I must admit that the antibiotics I was prescribed, promptly shot down the sore throat; but being anti-life, they shot me down too! Kashayams, I realized, were much safer. When iron tablets prescribed for anaemia made my stomach queasy, Mother quietly put me on Draksharishtam and Lohasavam, Ayurvedic tonics rich in antioxidants, vitamins and iron. It promptly upped my hemoglobin and my doctor, none the wiser, was happy that the ‘tablets had worked’.

As a surgical intern, I remember wishing that ‘Muri Koodi Ela’ ( which literally means incision-healing leaves, in Malayalam) had been at hand, while suturing scalp wounds. I simply KNEW from experience that even gaping scalp wounds, would heal beautifully if simply bandaged with the leaf juice of Muri-Koodi. Likewise heat boils could eminently be treated with poultices of turmeric powder, onion juice and salt; patients could be spared the knife. In fact when I set up practice I used to give the patients the choice; and almost all did well without ugly incisions and drainages.

Traditional systems of medicine, nevertheless, have much more to offer than such simple remedies. During the malaria resurgence, modern medical doctors relied heavily on Artemisinin, that has its roots in Ayurveda, to combat deadly drug resistant Falciparum malaria.  Tamilnadu is  a good example of pragmatic political will to successfully control epidemics using an integrated approach. Dengue fever epidemics were successfully managed with Siddha medicines like papaya leaf extract complementing modern medical management. Two successive Tamilnadu governments have managed to successfully contain the current pandemic through an integrated approach combining Siddha formulations to prevent as well as treat COVID cases successfully early, thereby vastly reducing the load on the modern medical system. So successful has the Siddha treatment been, that now stand-alone Siddha COVID centres to manage almost all stages of the disease are operational. In fact, well researched studies done through the pandemic, published in peer reviewed journals, have led to the AYUSH department recommending pan-India distribution of Kaba Sura Kudineer as an anti-COVID-19 measure.

Traditional systems of medicine have a lot to offer for life style diseases also. In the experience of diabetics in our village, the CSIR researched and approved Ayurvedic polyherbal formulation, B24, available as an OTC (over the counter) preparation, controls blood sugar without the risk of hypoglycemia. The 2019 issue of the peer reviewed official publication of the All India Institute of Ayurveda reports the cure of a case of promyelocytic leukemia with Ayurvedic preparations; and more are in the pipeline.

That spokespersons of national bodies such as the IMA should refer to India’s peerless traditional medical systems as ‘quackery’, if press reports are to be believed, smacks of ignorance and irresponsibility. The smart west is busy researching Ayurvedic and Siddha formulations and annexing them; unless we wake up, even powerful pro-health turmeric that is part of traditional Indian pro-health cuisine, traditional pharmacopia and traditional skincare, will end up patented as ‘curcurmin’ by the west. It is clear that the need of the hour in India, is to enlighten modern medical doctors in training, about the priceless treasures of traditional Indian medical systems; and that can happen only through truly ‘Integrated Medical Education’. For a start, the MBBS curriculum must include at least courses on the OTC time tested traditional medicine preparations. Government also needs to encourage junior doctors to take up research in traditional Indian remedies. As of now the situation in India is quixotic. As per court ruling, while ANMs and Asha workers can suggest and hand out Ayurvedic pick-me-ups and supplements, qualified MBBS doctors risk cancellation of licence to practise if they prescribe these Ayurvedic preparations of proven value!

Non pharmacological practices that are part of the traditional Indian medical systems, such as  meditation and Yoga which have immense therapeutic value have been heartily embraced by leading western medical schools. Mindfulness, the new avatar of traditional Vipassana meditation finds a place as a stress and burn-out buffer in medical education in the UK and USA; Harvard, Stanford, Johns Hopkins and Mayo Clinic have Departments of Integrative Medicine. Based on a 2019 paper in JAMA (Journal of the American Medical Association), on the significant positive impact of mindfulness based meditative practices, on the functioning of post graduate surgical trainees, experts on medical education have suggested inclusion of mindfulness-based cognitive training to support resident well-being and performance, as mandated by the Accreditation Council for Graduate Medical Education in the USA. Sadly, medical students in India- the land of Yoga, Pranayama and meditation- are not taught anything about these pro-health, side-effect free, non pharmacological therapies, which can not only help their own health, but that of the countrymen they are to serve; for on cost-benefit analysis, these therapies win hands down. In fact, the modern medical bodies, in developing countries like India which register maximum morbidity and mortality due to lifestyle diseases, should be leading the incorporation of these therapies into both the medical curriculum and protocols of treatment for lifestyle diseases, in the interest of public health.

One could take a leaf out of the west, where in regular medical practice, Transcendental Meditation popularized by Mahesh Yogi, is an accepted therapy for hypertension; increasingly recognized by insurance companies as well. Pranayama renamed as ‘therapeutic controlled breathing’ that helps combat anxiety-depression, and Yoga, have become part of medical education and medically prescribed therapy. Harvard medical school recommends both as effective anti-anxiety stress busters for all frontline workers battling the COVID19 pandemic.

Integrative Medicine courses in western medical schools impart knowledge on Acupuncture, Qi Gong, Yoga, Thirumoolar-Pranayama, meditation and the principles of Ayurveda- all of which promote optimum health; and put more emphasis on nutrition and mental health than traditional medicine. Modern medical education in India needs to follow a similar inclusive path; one cannot function in silos anymore. Traditional systems of medicine have a welcome ‘wholistic’ approach as against the organ-centric reductionist approach of modern medicine. To quote Professor Heffron of Brown’s University’s Integrative Medicine program, “The big lesson that I try to get across to the students is to try to take a step back and realize that patients are more than the sum of their parts,”

Another vital point is that Indian medical students need to be taught the rich history of Indian Medicine. Over five thousand years ago, Siddha physicians knew of red corpuscles, of hand washing, asepsis, conducted scientific surgeries; all of which western medicine discovered only over the past five hundred years. They knew about the vital food-exercise-mind impact on health; and were pioneers in ‘Lifestyle Medicine’ that is so popular now. Indeed if Hippocrates is the Father, the Great Siddha Physician Agastya, deserves to be called the Grand Sire of Scientific Modern Medicine. Thanks to twenty first century historians devoid of racial bigotry, today we know that Greek thought was influenced greatly by Indian thought; and the striking similarity between the Hippocratic Oath and the far more ancient Siddha Physicians’ Oath only means that the former was a repackaging of the latter. At least generation next of Indian doctors need to emerge as doctors who take pride in our national medical heritage.

A cardinal principle of traditional Indian medicine that merits revival, is that the practice of medicine was always considered a service and privilege with Dharma written into the tenets of practice. The rulers and the wealthy funded healthcare as a compulsory act of good karma and it was never a profiteering industry. If we are to find a way out of the commercialised, litigation and mistrust ridden mess that modern medicine in India threatens to become, medical education  needs to promote the traditional Indian medical values of service; where the vital physician-patient interaction was given pride of place. In fact, as placebo effects indicate, and modern research vindicates, the physician-patient interaction is more therapeutic than the therapy itself! There is much more to medicine than one size fits all ‘protocols’; one needs to really go beyond ‘evidence based medicine’; treatment is best individualized to the needs of the particular patient. Only a restoration of values and the concept of medical service, coupled with better living conditions and remuneration for doctors, use of technologies like telemedicine and inculcation of the supreme importance of trust in doctor-patient interactions can lead to job satisfaction for junior doctors. This is the only way out to improve doctor patient ratios and /or connectivity in underserved areas and thereby, improve public health indices.

We need to go back to our roots; and it has to begin with the right undergraduate medical education. It is a shame that the erstwhile Indian Medical Council turned a blind eye to India’s own incomparable medical heritage. One hopes the more robust and forward thinking National Medical Commission will make good this glaring omission and revise the MBBS curriculum; for Integrated / Integrative Medical Education is clearly an idea whose time has come.