COVID-19 in children: Symptoms to look out for and how you can treat it at home 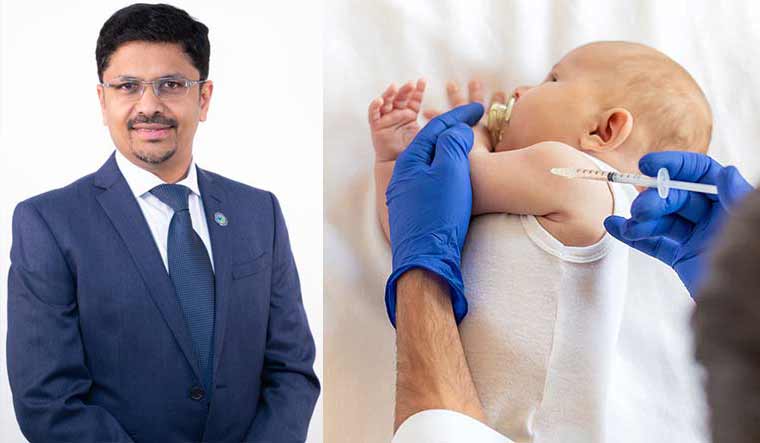 For much of the COVID-19 pandemic, the disease affected mostly adults. But, as India was engulfed by the second wave of infections, the number of children testing COVID-positive over the last few months increased significantly.

In April, Maharashtra's health department highlighted an alarming 51 per cent rise in COVID-19 infections among children, over in just 30 days. The rising number of cases reported among children is a growing trend across the world. Just one year ago, child COVID-19 cases made up only around 3 per cent of the U.S. total corona cases. But the latest report of the American Academy of Pediatrics, drawn from data collected through April 29, shows that children represented 22.4 per cent of new cases reported in the past week.

There are many reasons for this significant rise in COVID-19 cases reported among children and adolescents. Relaxation in COVID-precautions, social distancing norms and protocols, the exposure of children to shopping malls and other crowded places without proper protection, the re-opening of educational institutions (especially for the conduct of examinations), the stark increase in cases reported among pregnant women and the rapidly spreading mutant strains have all resulted in the rapid spike in cases.

Fortunately, for the vast majority of the affected children, there were only mild symptoms reported. Among the affected children, only very few are requiring hospital admissions. According to data released by ICMR a few weeks back, those who were between 0-19 years of age admitted during March and the first half of April 2021 constituted only 5.8 per cent of the total COVID admissions, compared to 4.2 per cent in the first wave reported earlier.

Answered below are a few common questions about COVID-19 and children:

What age group of children does COVID-19 affect?

The Covid virus can infect children of all ages—from newborns to older children and adolescents.

What are the types of presentations in children infected with COVID-19?

The first and the most common presentation constitute the symptoms that appear within a few days of infection which is similar to any other viral illness. The second presentation occurs in a very small proportion of children who were infected and recovered from their initial symptoms in the form of a condition called MIS-C. This occurs three to six weeks after the onset of symptoms of the infection and is more severe. The third is an extremely rare form known as long COVID in children. Here, children continue to have protracted symptoms like tiredness, sleep disturbances, and impairment of vital senses like taste disturbances, blurred vision, and abnormal touch sensation even after three months of the initial illness.

What are the most common symptoms of COVID in children?

There were no significant changes in symptoms reported during the first and second wave of COVID. The most common symptoms include fever, sore throat, cough, and runny nose. Symptoms of vomiting, diarrhoea and abdominal pain are more common in children. A good percentage of children may not have any significant symptoms at all.

What are the moderate or severe symptoms of COVID-19 in children?

95 per cent of children who are Covid positive have only the above-mentioned mild symptoms. Moderate or severe symptoms are very rare among affected children. Let's see what they are.

An important symptom is an increase in the baby's breathing rate. It is expected to have fast breathing when the child is having a high temperature. Therefore it is important to check the number of breaths per minute after giving paracetamol and confirming that the fever has settled. Respiratory rates in children under two months of age should be below 60, in children between the ages of two months and one year below 50, between one and five years below 40, and below 30 in children above five years of age. If the breathing rate is more than this, it will be considered as a symptom of moderate severity. In such cases, the child is likely developing pneumonia.

Severe symptoms include drowsiness, blue discolouration of the fingers and lips, and complete refusal of food and water. Oxygen saturation can be monitored at home with a pulse oximeter (ensure proper recording with good displayed waves). Pulse oximeter readings dropping below 95 per cent is an indicator of moderate to severe disease.

How to treat children who are COVID-positive?

Children with mild symptoms can be managed with home isolation and supportive care Including suggesting proper rest, drinking plenty of water and monitoring the child’s body temperature at every six-hour intervals. If the temperature is above 100 degrees Fahrenheit (38 C), fever can be controlled by administering paracetamol. Children with diarrhoea and vomiting should be given ORS solution, salted porridge water, tender coconut water, or other fluids frequently to prevent dehydration. Breastfeeding should be continued.

90-95 per cent of children can be managed at home in this way. Children with moderate symptoms should seek the advice of a medical practitioner preferably through teleconsultation or face-to-face interaction to determine further treatment measures including inpatient hospital admission for further treatment. However, children with severe symptoms should be admitted to the hospital and treated immediately.

RT-PCR is the most reliable testing method for identifying Covid cases in children as well as in adults. The Union Ministry of Health has confirmed that even mutated viruses can be detected by PCR testing. PCR-based nucleic acid amplification test (NAAT) is also a reliable test option. Rapid antigen test (RAT) is the second option. Even though a positive test is confirmatory, a negative test result needs confirmation by PCR testing if the child is exhibiting covid symptoms.

Multisystem inflammatory syndrome in children (MIS-C) is a condition where different body parts can become inflamed, including the heart, lungs, kidneys, brain, skin, eyes, or gastrointestinal organs. This condition typically emerges two to six weeks after a COVID infection or an exposure to a covid positive family member. The syndrome is rare but can be very serious. The initial symptoms of MISC are persistent high fever for four to five days, redness in the eyes and mouth, skin rashes, abdominal pain, and diarrhoea.

The largest data on MISC was published in April 2021 in a renowned medical journal JAMA by a team led by researchers from the US Centers for Disease Control and Prevention (CDC). In this study, they looked into the distribution and characteristics of 1733 children diagnosed with MISC during a period from March 2020 to January 2021 in the US. Among these children, 90% had involvement of at least four body parts, more than half had low blood pressure and one-third of them had abnormal heart function. More than half of these children needed admission to the intensive care unit for further treatment. The death rate reported was 1.4%.

The clinical characteristics were similar in various similar studies published from India. A study published in the Indian Pediatrics journal from SAT Hospital, Government Medical College, Thiruvananthapuram in April 2021 examined 32 cases of MISC referred to the unit. Children responded well to intensive care support and treatment modalities like immunoglobulins and pulse dose of steroids. An important factor highlighted by this study was that only 6 per cent of children were referred with a suspected diagnosis of MIS-C, highlighting the fact that it continues to be a great masquerader. Also, this could be an indicator that awareness about this relatively new illness is varied among physicians and paediatricians.

The exact cause for this condition is unknown but the most accepted hypothesis is that this is an outsized delayed immunological response of the body to COVID-19 infection.

It is now consistently observed that MIS-C peaks two to five weeks after spikes in COVID-19 cases. So, an increased number of children presenting with MIS-C is very likely in the coming weeks and months in India. Our health care system and authorities should gear up to face this increased number of pediatric cases.

What are the precautions?

It is important to prevent children from being exposed to crowded places, postpone child-related ceremonies and functions, wash and sanitize the children's hands frequently —alongside promoting mask-use and inculcating social distancing practices. As per the recommendation of the Indian Academy of Pediatrics (IAP), masks need to be worn by all children above the age of two years. Children who are less than two years of age need not use the mask solely due to safety reasons.

Parents of breastfed babies should try their level best to be confined indoors to prevent their exposure to infection. WHO recommends that mothers with suspected or confirmed COVID-19 should be encouraged to initiate or continue breastfeeding. But mothers should take proper safety and health-related precautions including wearing a mask and washing hands with soap and water or usage of alcohol-based hand rub before holding the baby.

Is the COVID-19 vaccine available to children?

COVID-19 vaccine trials have proved to be safe and effective in children between the ages of twelve and fifteen. Canada has approved the use of Pfizer vaccines in this age group. It is expected that FDA approval authorizing the emergency use of the Pfizer vaccine in this age group in the US is imminent. Other vaccine manufacturers are also undertaking trials in children from six months of age in different countries.

Routine immunization can be continued two weeks after the child is asymptomatic of COVID infection. If the child needs some higher medications such as high-dose steroids which suppresses the immunity of the patient, immunization needs to be deferred for three months after the medication as per IAP recommendation.

The author is a Consultant Pediatrician & Neonatologist and HoD at Zulekha Hospital, Dubai. He has formerly been an NHS Consultant in the UK.