Breakthrough in cancer research as curcumin gets delivery vehicle 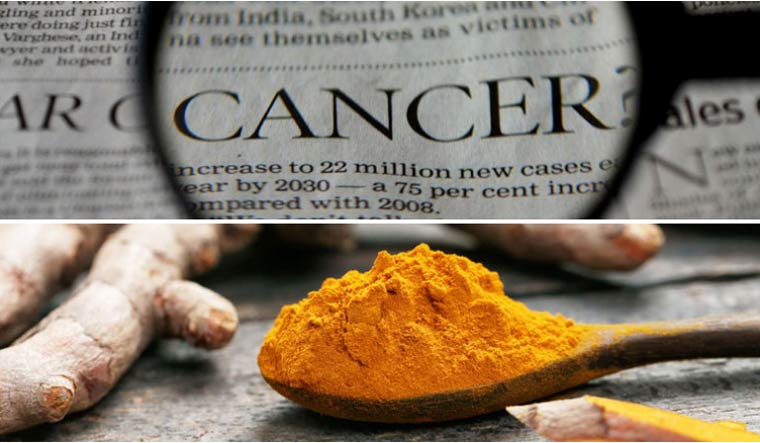 Turmeric, also called the golden spice, has a place in every Indian kitchen. And now, it has also found its way to research labs; maybe not the whole turmeric but the chemical compound in it—curcumin. For years, researchers have been trying to tap into several medicinal properties of curcumin. It has powerful anti-inflammatory effects and is a strong antioxidant. It is also known to kill cancer cells. Unfortunately, not much research on its potential chemotherapeutic nature has been possible as curcumin is not water-soluble and it is poorly absorbed into the bloodstream.

However, instead of looking at dead ends, the researchers at the Biomedical Technology wing of Sree Chitra Tirunal Institute for Medical Sciences and Technology (SCTIMST), Thiruvananthapuram, developed a way to not only solve the issue of water-solubility but also a vehicle to carry it to the treatment site in the body. The research led by Dr Lissy Krishnan and funded by Indian Council for Medical Research (ICMR), was granted a US patent recently. ICMR has joint ownership in the project.

According to Dr Asha Kishore, director of SCTIMST, the delivery system is a breakthrough in the field of cancer research. “Making curcumin testable was our goal. At a laboratory stage, researchers had found that curcumin has the potential to kill cancer cells. But the deterrent in this area of research was the water-insoluble nature of the compound. Apart from fixing this issue, we also wanted to develop a way to transfer a cancer drug directly to an affected tissue wherein only the cancer cells get killed and not the healthy ones,” she says.

The delivery system is a wafer—almost paper-like—made by freeze drying curcumin and human plasma proteins, fibrinogen and albumin. When applied to the body tissues, the curcumin present in the wafer is released into tissue fluids. The human albumin present in the fibrin clot binds to albumin receptors on cancer cells and allows the entry of curcumin into cancer cells. Simultaneously, the fibrin clot is removed by the body’s natural clot breakdown mechanism without causing any adverse effects.

The curcumin-fibrin wafer is targeted for implantation to the affected site after surgical removal of cancer tissue for killing any remaining cancer cells which have the potential for cancer recurrence or spread to other parts of the body. In addition to drug delivery, the fibrin wafer can promote blood clotting at the surgical site. This is an additional use.

“After the surgical removal of a tumour from a part of the body, there could be cancerous residues in the neighbouring tissues which may sometimes be not visible to the naked eye. In this case, chemotherapy is given to the patient. Our research was aimed at finding a way to prevent the killing of healthy cells and direct the chemotherapeutic compound to only cancerous cells,” says Asha.

SCTIMST is now ready to identify an industry partner for transfer of technology for further validation and regulatory clearances. Asha believes that the model may have the potential to deliver other natural chemotherapeutic compounds apart from curcumin.