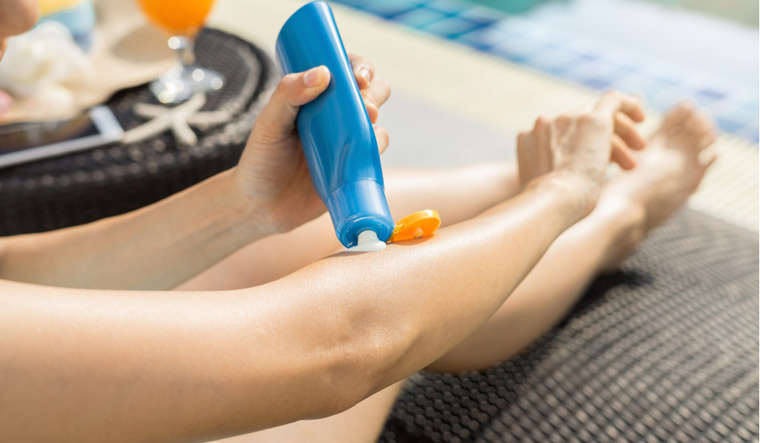 For decades, dermatologists, beauty influencers and even your relatives must have given you constant reminders to never step outside without applying sunscreen, but the results of a new study may give you second thoughts. The data, which was published by the US Food and Drug Administration on Monday, has proved that certain chemicals found in sunscreens enter the bloodstream within a day, at levels which can be seen as potentially harmful.

The study took 23 people as subjects, and they were asked to apply sunscreen four times a day, for four consecutive days to 75 per cent of their body. Avobenzone, oxybenzone, ecamsule and octocrylene were the chemicals put to the test, and the study revealed that the concentration of these chemicals were above 0.5 nanograms per milliliter (ng/mL), which crosses the levels put forward by the FDA guidelines, and its presence in the bloodstream increased over a span of three days. But does this raise a red flag, to avoid using sunscreens completely?

We are yet to find whether this discovery poses any actual threat, as it is unclear on what basis the FDA has created its threshold, and the subsequent effects of crossing it. Dermatologists beg to differ, even in their opinion of sun protection.

UV radiation is a part of the electromagnetic spectrum which is further divided into UVA UVB and UVC, out of which UVA rays are not absorbed by the ozone layer and penetrates the skin and tends to supress the immune function and cause premature aging of the skin and tanning. UVB rays are partially absorbed by the ozone layer and is the primary cause for sunburn, photo aging, photocarcinogenesis(skin cancer) as well as cataract. Sunscreens are thus required mainly to reduce these deleterious effects of UV radiation to the skin.

Dr Krithi Ullal, a dermatologist from Kochi, explains “In this study, people were asked to apply sunscreen to 75 percent of the body surface area, which is much more than what people usually need for daily application, so whether sunscreen causes any side effects cannot be entirely proven. Very few sunscreens contain the chemical avobenzene and more people here tend to use physical sunscreen.”

Some dermatologists argue that simple practices such as carrying an umbrella, wearing clothes which covers your skin from the sun, seeking shade at the brightest hours of the day etc, is enough to combat the sun.

This acts as a cautionary tale for companies to test their sunscreens, and only the tubes that passes the test should stay in the shelves but until then, do not throw your personal shield against the sun just yet!