Aamir, the Khan of Beijing 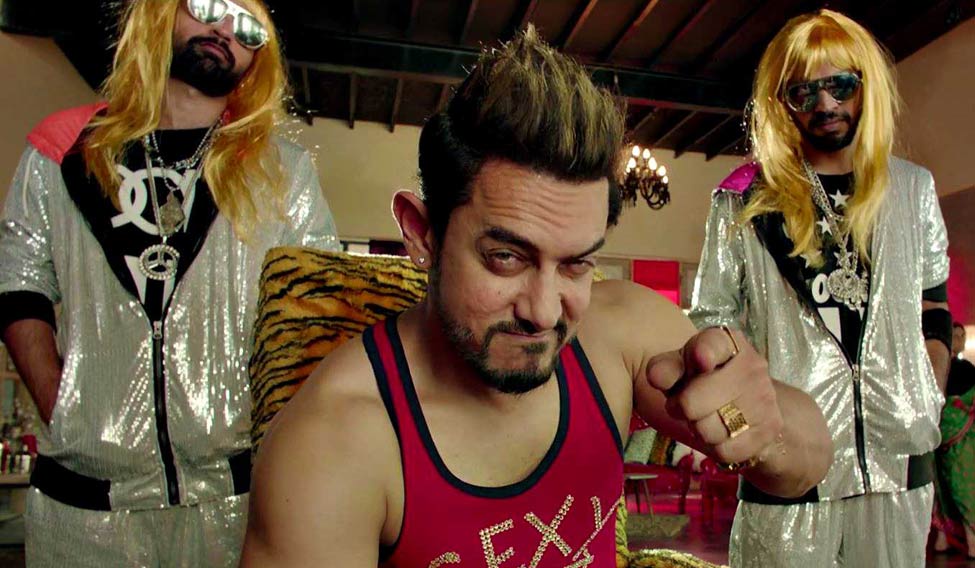 For those who find delight in irony, the events of the past few days have been especially bountiful. At an election rally in Tripura, Narendra Modi spoke about a “kurta-clad great magician” who is an expert in “concealing unfortunate events occurring at his behest”. For once, our prime minister wasn’t speaking about himself.

His finance minister, meanwhile, told parliamentarians that the government cannot reveal how much it paid France for Rafale fighter jets. Arun Jaitley told them what we have all known since kindergarten—that politicians aren’t to be trusted. “[You] are seriously compromising India’s national security by asking for details,” he told our elected representatives. Apparently, only the French could be trusted with India’s money and secrets.

While the Indian government was busy protecting the state from its own citizens, China quietly scaled up its influence in our backyard. As Maldives declared emergency to crush dissidents, the Chinese foreign ministry issued a statement: “China thinks that the current situation and disputes in Maldives belongs to its internal affairs…. The international community should respect Maldives sovereignty and territorial integrity.”

In fine Diplomatese, China has told other countries that Maldives ain’t nobody’s business. Modi seems to have got the firm message. As someone who picks his own battles, he has all but ignored Maldives, and put his formidable nose to the campaign grindstone in the geopolitically crucial Tripura. Better to pick up some assembly seats than pick a fight with China, the PM seems to think.

The icing on the irony cake, however, comes courtesy China’s love affair with Aamir Khan. For a country that is known as the world’s factory—manufacturing and exporting nearly everything from iPhones, cars and corkscrews—China seems to have forgotten the art of making movies. For the past three weeks, the number one film in China has not been a Chinese film. It has been one from India—Aamir Khan’s Secret Superstar.

Last weekend, Secret Superstar made more than $11 million (more than Rs70 crore) in China, which is more than what Pad Man can hope to make in its debut week in India. Secret Superstar beat the new Star Wars, a critically-acclaimed Chinese drama, and a new Hugh Jackman film to claim the top spot. By sometime next week, it will pass the $100-million milestone, which would be the second time an Aamir Khan film has done so in a year. Dangal, which was released in China last May, had receipts of $191 million. To compare, the worldwide gross of India’s biggest hit of last year, Salman Khan’s Tiger Zinda Hai, is well short of $100 million.

The Chinese box-office business model is such that Aamir would receive more royalties from Secret Superstar’s $100 million than Dangal’s $191 million. That is because of what analysts see as a “rare gift” from the Chinese movie commissars—the granting of a ‘revenue-sharing slot’. China gives out only 34 such slots for foreign films in a year. Getting a slot means that the producer of the film could get upwards of 20 per cent—normally around 30 per cent—of the film’s China gross.

Dangal wasn’t given a slot, so Aamir got just peanuts from the film’s grand run in China. Fortunately for him though, President Xi Jinping watched the film and liked it. Xi told Modi as much when they met last June on the sidelines of a summit in Astana. And, months later, Aamir got the coveted slot.

Sources say it’s a “25-per cent deal”, which means Aamir could take home a quarter of the film’s receipts. A modest estimate of his expected revenue from Secret Superstar, before taxes, would be Rs 140 crore—the single biggest pay cheque an actor-producer has ever received in the history of Indian cinema.

The numbers shouldn’t distract us from the full import of the situation. For the first time, Indians are able to sell a finished product back to the Chinese. They are, in fact, queueing up for it. Dangal, retitled Shuaijiabo, Baba (Let’s wrestle, dad), premiered at last year’s Beijing International Film Festival to rave reviews. It became just the 33rd film in China to gross one billion yuan (about $150 million), and Secret Superstar might become the next.

For now, Chinese appetite for Indian movies is limited to Aamir’s fare. But, if Bollywood decides to actively cultivate a market, things will change. China has eight times the number of theatres in India. Even a modest showing for a Bollywood film in China would mean, in rupee terms, at least as much as a blockbuster run in India. It means Indian movies may no longer depend on the famously fickle Indian audience to succeed—there exists a far more lucrative, well-regulated and less chaotic market across the border.

A good case study would be Wolf Warrior 2, last year’s action sequel that became the highest-grossing Chinese film ever. If you haven’t heard about the film, there is good reason. It did not perform well internationally, and was not released in India. The film’s plot explains why. Wolf Warrior 2 is about a Chinese special forces soldier who goes on missions to defend China’s interests. The tagline says it all: “Anyone who offends China will be killed, no matter how far the target is.”

It is sort of a Tiger Zinda Hai, but in a much grander scale. The villain is played by an American actor, who is seen sneering at the Chinese hero—“People like you will always be inferior to people like me. Get used to it”—and is promptly killed at the next instant. “That was f***ing history,” says the soldier. You get the drift.

Sadly, in content and in style, Wolf Warrior 2 is not a patch on the Hong Kong martial arts movies that threw up stars as iconic as Bruce Lee and Jackie Chan. Reams have been written about the link between the Chinese martial arts films of the seventies and eighties, and the process of cultural decolonisation. In those movies, Chinese protagonists were almost always portrayed as underdogs who overcome great odds to succeed, and to attain a certain kind of liberation from the imperial legacy.

In Wolf Warrior 2, that archetype is firmly put to death. The special forces soldier, much like China herself, is now the aggressive top dog. And, he loves flexing his muscles.

India, in films and in real life, cannot match up to China’s muscle. A country that has five times India’s GDP, and has been growing at a faster pace for four decades, China will dominate the hard power landscape for the foreseeable future. What India has, however, is the next best thing—with its soft power, it has the potential to mark a bigger cultural footprint than China can.

Ever since its mainland companies gobbled up the Hong Kong culture industry—making it more inward-looking and illiberal—China’s soft power has been on the wane. Unlike in the golden eighties, there is no globally famous Chinese movie star—or singers, writers or artistes who really matter. Even as the number of theatres and art houses in China grow exponentially, the country’s cultural output (in the form of crossover films, books and other works of art) remains stagnant.

China’s penchant for using its economic and military might has made grumbling allies of most of its neighbours, which means that the situation is hardly conducive for the international aspirations of any artist worth her salt who operates in the tightly regulated Chinese cultural scene.

In other words, Ai Weiwei is passé, and so are Jackie Chan and Jet Li. There are no successors in the offing. The Great Wall, the last big film set in China that you have probably heard of, was an American co-production starring the white Matt Damon. Ken Liu, arguably the last great China-born writer, is an American citizen. And, he writes not about his Chinese experiences—he emigrated to the US when he was 11—but mostly science fiction.

Which brings us back to China’s love for Aamir Khan, and the factors driving it. His Dangal and Secret Superstar have given the Chinese a taste of propaganda-free entertainment that their state-sponsored film industry just cannot provide. A cursory search of Weibo, China’s most popular social networking site, throws up enthusiastic reviews of both the movies—with words like ‘truthful’ and ‘meaningful’ as recurring adjectives.

Those words should tell us a lot. They set a parameter for Indian films, if they hope to do well in China. The Chinese will not be interested in an Indian Wolf Warrior, but they are game for well-crafted, slice-of-life Indian films.

Come to think of it, who in the world isn't?

Your form could not be submitted.
This browser settings will not support to add bookmarks programmatically. Please press Ctrl+D or change settings to bookmark this page.
Topics : #Aamir Khan | #Bollywood | #China | #India-China