After success of 'Ponniyin Selvan', Karthi thanks Rajinikanth, Kamal Haasan 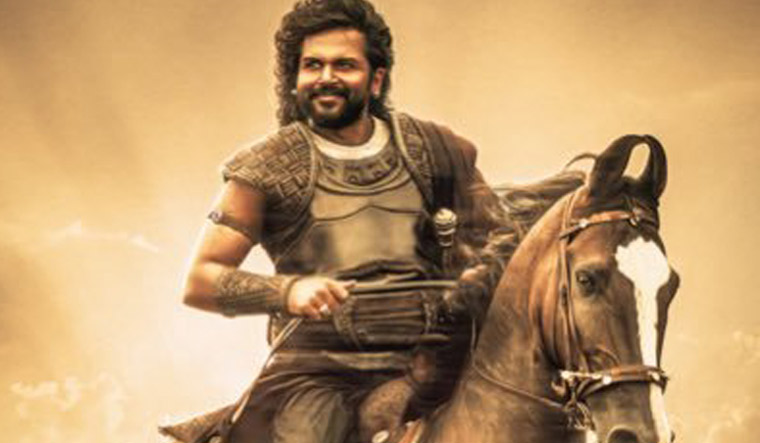 Kollywood director Mani Ratnam's magnum opus Ponniyin Selvan-I is continuing its winning run at the box office. The movie has already earned Rs 200 crore in its worldwide gross box office collection in the first week of its release.

Basking in glory and Ponniyin Selvan collection record, Karthi, one of the lead actors in the movie, penned heartfelt notes to Kollywood stars Kamal Haasan and Rajinikanth.

“Kamal sir you have always inspired us to seek bigger goals and set higher standards in cinema but more importantly you have taught us to love and respect one another and how to express that in these moments. Lots of love and respect,” Karthi wrote to Kamal Haasan, who had watched the movie with him and Vikram.

To Rajinikanth, who watched the movie and called Karthi to congratulate him, Karthi wrote: “Rajini sir, A call from you is extremely special. Your courtesy to reach out to others to appreciate their work and the joy that you give us is always endearing. Thank you sir. Lots of love and respects.”

Ponniyin Selvan-I, based on the 1955 historical fiction by Kalki Krishnamurthy, chronicles the story of the early days of Arulmozhivarman (played by Jayam Ravi), a powerful king of the south who went on to become the great Chola emperor Rajaraja Chola I. Apart from Karthi and Jayam Ravi, the movie also stars Vikram, Trisha Krishnan, Aishwarya Lekshmi, and Aishwarya Rai Bachchan.