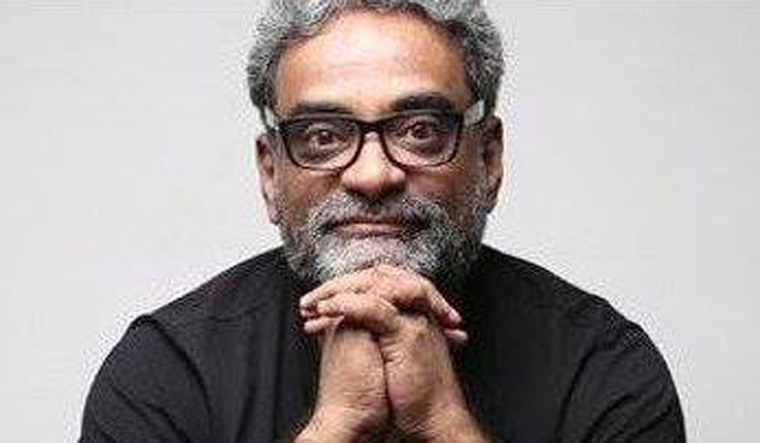 Renowned director, R Balki, known for some of the most memorable Bollywood films— Paa, Padman, Mission Mangal—is known in the industry to be someone comes out with a release once every four years. That has been the norm so far. But this year, it is different. Balki has two back to back releases this year, one is the upcoming Chup: Revenge of the Artist starring Dulquer Salmaan, Sunny Deol and Shreya Dhanwanthary and the other is Ghoomer, starring Abhishek Bachchan.

Chup: Revenge of the Artist is a take on film critics, with a serial killer hunting down movie reviewers, leaving a star mark behind, to suggest the star ratings that reviewers give to films. The concept, says Balki, was in his mind since 2007, when he made his very first film, Cheeni Kum. "Film critics must stop being gods. They are plain human beings and are only doing their jobs. Please come out of this halo that you are god. Words can hurt; words can kill. So, use your words judiciously and wisely. Don't show your sarcasm, show your wit, humour and analysis with sensitivity," he says in an interview with THE WEEK.

Chup is about a serial killer hunting down film critics. Did this idea come from a personal experience?

Yes. When my very first film, Cheeni Kum, released way back in 2007, the reviews that came in at the time affected me a lot. I first approached Amitji, and he asked me if I really wanted to do this film now. I said 'yes' because that one review of my film was so venomous that I really had to give back. Amitji was convinced about the idea and we were to begin working on it, but then Paa happened. So the thought remained with me for a very long time. This time, I was bent on focusing only on this and that is how it happened.

Is it true that after reading that review of your first film, Cheeni Kum, you stopped reading reviews of your own films?

Yes, absolutely. Not even when they were forwarded to me. It was only while researching for Chup that I began reading reviews of various films, especially my own.

Why? What was in that review that hit you?

It was very depressing. It was the most insensitive review of that time. The film in itself was widely loved, and we had the most fantastic reaction from everybody, and the film was premiered in London and close to 2,000 people had watched it. This reviewer had a personal agenda. At that time, I didn't understand how the industry works. People were consoling me, but I couldn't take it because it was written about me. So, from then, I decided to stay away from these critics altogether.

Because you think it is unjustifiable and incorrect for someone to be harsh when reviewing a film.

Well, here we are who slog day in and day out to make a film and it is inhuman to literally trash it, and thrash it in the most thoughtless and cruel manner. A critic's role is to tell the audience how to see this film and to guide the audience on how to analyse and watch it, show newer perspectives and add nuance to the art (film) on display. Simply to rubbish it is to be immature. Let the audience decide whether they like the film or not. Your job is not to direct them towards hating the film. You are paid to analyse beautifully and to have decency about art.

So how did you initially plan on getting back to those who were wrongly criticising your films?

I did not know the way! This was way back. So film critics simply writes and that's it. Who is their critic? How are they accountable, and to whom? They can actually damage my life and get away smiling. But I can't do anything to you. Why does it work like that? Why is it such an unfair system?

Do you think your audiences read film reviews, and they are relevant today more than ever?

For some films, the audience read reviews and they don't give a damn about what they read. Because they want to see the film regardless. But for some films, the review does matter because it is helps the film-goer make a decision whether to watch it or not.

Do you see film critics and reviewers pushing their own personal agendas in their reviews?

Yes, and that is very upsetting. A set of people have got power which doesn't exist. They aren't even supposed to see it as power. It is a responsibility to write reviews and influence public opinion.

Any lines from a film review (for your film) which touched you?

Yes, so many. "I think he went blind briefly; he did not see what he was shooting." That was the line. Okay fine, now that has been written and published. But now where is the one who wrote it so that I can say something in return? What is the redressal system I have especially when I want a thousand people to read my response to the review, just the way they read that reviewer's write-up? Where is the forum for me?

As a part of research for Chup, you decided to read everything that has ever been written about you and all your films?

I called my co-writer and told her that we must get a person who could give us insights into the mind of a reviewer. What do they think and why do they think the way they do? What motivates them, provokes and evokes them and what really makes for the job of a film critic or a reviewer is what I wanted to know. So, I called Raja Sen, a film critic himself. He was taken in by the idea, too. I read all film reviews ever written about my films and it did not take me time to figure out that Raja was the fellow who had slammed me the most. So I called him saying come, we will have fun. So when we were sitting and writing the script, we were having fun thinking about ways to kill each other. If you say this is a bad film, remember that somebody has worked on it. All I am saying is that be restraint in the manner you say things no matter whether you like or dislike the film.