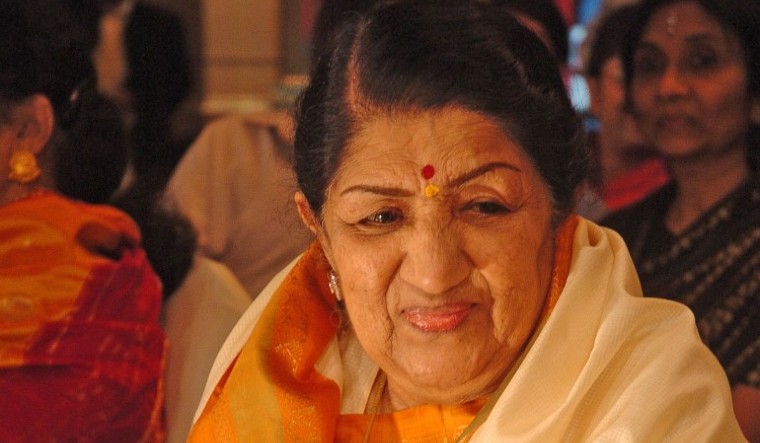 Her brother Hridaynath Mangeshkar lit the funeral pyre of the singing legend. 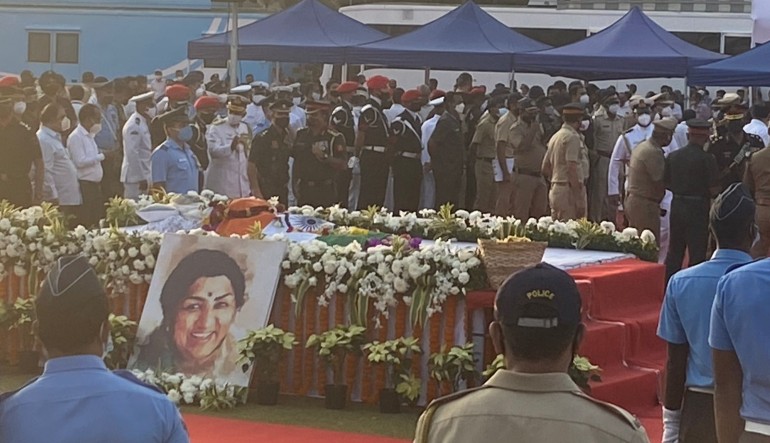 Fans bid adieu to the singer, chanting slogans, singing songs as her final journey began from her residence in south Mumbai to Shivaji Park | Amey Mansabdar

Fans bid adieu to Mangeshkar, chanting slogans, singing songs as her final journey began from her residence in south Mumbai to Shivaji Park. Her coffin was draped with the national flag and placed on the truck with a band march. As the vehicle moved, people chanted "Lata didi amar rahe" and showered it with petals.

Maharashtra Environment Minister Aaditya Thackeray has been overseeing the preparations for the funeral at Shivaji Park. Nearly 2,000 sqft of the park's area was barricaded for the cremation proceedings. Songs sung by Mangeshkar were being played at park ground, before the mortal remains arrived there.

Maharashtra government has declared a public holiday on Monday to mourn the demise of Mangeshkar.

Earlier in the day, Modi paid tributes to the late singer while addressing a virtual election rally in in Uttar Pradesh's Mathura saying, "Lata didi has gone to the heavenly abode. Many people, like me, will proudly say that they had a close connection with her. Her melodious voice will always stay with us. I pay tributes to her with a heavy heart."

Mangeshkar died in Mumbai’s Breach Candy Hospital, where she was admitted since January 8 when she was diagnosed with Covid with mild symptoms. She was also diagnosed with pneumonia.  The singer, one of India’s most well known and well loved personalities, died at 8.12 am due to multi organ failure.

The national flag will fly at half mast from February 6 to February 7 throughout India, in honour of the late singer.