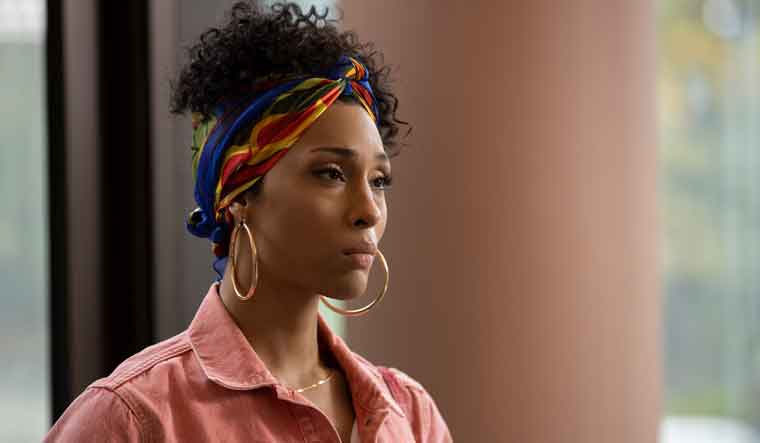 MJ Rodriguez as Blanca in a scene from 'Pose' | AP

Michaela Jaé Rodriguez has all reasons to celebrate right now. She just took home the 79th Golden Globe Award for the Best Television actress in a Drama series. She won the award for her role in the FX Show Pose as a house mother and nurse Blanca Evangelista.

Rodriguez was born into a mixed-race family in Newark, New Jersey. Her father is a Puerto-Rican African-American and her mother is an African-American. Even though she was born as a boy, by the age of seven she knew that she was a girl within. She struggled to accept herself and to come out to be her true self. She always had the support of her parents which has helped and pushed her throughout her journey.

Her real-life experiences have helped a lot to mould and play the character Blanca Evangelista so perfectly. She has attended several performing arts schools in her early days. She was first noticed for her role as Angel Dumont Schunard in the theatre production Rent.

Her performance got her the Clive Barnes Award in 2011. After this, she took a break to complete the process of transitioning into a woman. She started with hormone replacement therapy and slowly completed the process while she re-emerged to start a new chapter as a female actress. She announced through her agent that she was no longer willing to take up male roles. She then worked in Nurse Jackie (2011), The Carrie Diaries (2013), Dear Pauline (2014), My Life (2016) and Luke Cage (2016). Later she met Ryan Murphy who cast her in the series that made her a such a huge star. Murphy’s show Pose that displays the life, struggles and challenges faced by transgenders has been a big break for her. Pose made history with the biggest ever cast of the transgender community. It premiered in 2018 and concluded with its final season in 2021.

Rodriguez won the award beating actresses Jennifer Aniston, Uzo Aduba, Christine Baranski and Elisabeth Moss. This is also the first Golden Globe win for Pose. Billy Porter who plays another significant role in the series was also nominated for Best Television Actor in a Drama Series.

Rodriguez later took to her social media handle to share a heartfelt gratitude note. She said that this award will be a motivation and encouragement for young LGBTQ+ members.