Besides Momoa, Patrick Wilson is also coming back as Orm 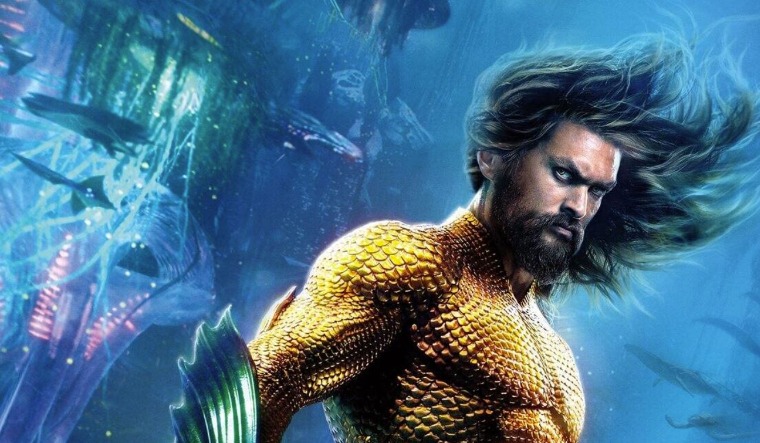 Aquaman and the Lost Kingdom | IMDB

Randall Park will reprise his role of Dr Stephen Shin, a marine biologist obsessed with finding the lost city of Atlantis, in Aquaman and the Lost Kingdom from the Warner Bros/ DC film.

Aquaman, which was released in 2018, featured Momoa as Arthur Curry aka Aquaman, a half-Atlantean, half-human who sets out to lead the underwater kingdom of Atlantis and stop his half-brother, King Orm, from uniting the seven underwater kingdoms to destroy the surface world.

Besides Momoa, Patrick Wilson is also coming back as Orm, along with Yahya Abdul-Mateen II as Black Manta, Amber Heard as Mera and Dolph Lundgren as King Nereus.

According to The Hollywood Reporter, plot details are being kept underwater but the new additions may reveal some scope to the story.

Zhao, a Portuguese actress of Chinese descent, will play Stingray, a mystery character especially created for the sequel.

Pose star Moore features in the role of the long-time DC character Karshon. The character was originally a Green Lantern villain who was originally a shark that, after being hit with radiation, gained intelligence and telepathic powers.

British thespian Regan stars as Atlan, the ancient ruler of Atlantis who caused the city to sink into the sea. The character appeared briefly in the 2018 Aquaman movie and was then portrayed by Graham McTavish. Regan is known for films like 300 and Ghost Rider: Spirit of Vengeance.

James Wan, who directed Aquaman, is returning to direct the much-anticipated follow-up. He is also producing the film with Peter Safran. David Leslie Johnson-McGoldrick is also coming back to pen the script.

Aquaman and the Lost Kingdom is slated to be released on December.