It was late director I.V. Sasi who introduced Khader to films 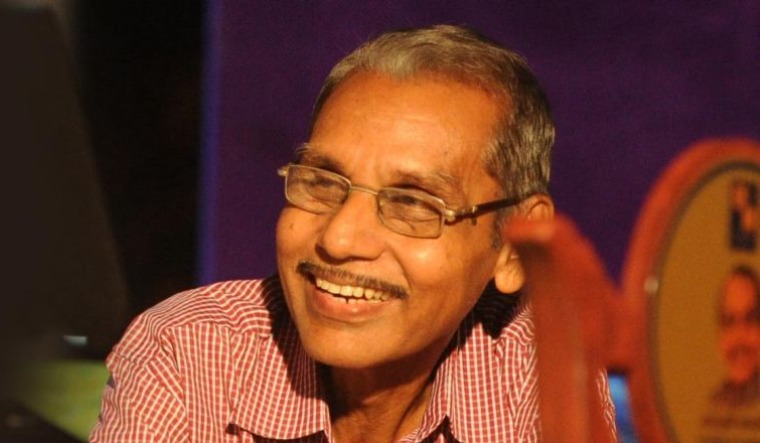 Veteran Malayalam poet and lyricist Poovachal Khader passed away in Thiruvananthapuram on Tuesday. He was 72.

Khader had turned positive for coronavirus infection and was being treated at the intensive care unit of the Thiruvananthapuram Medical College. Khader, who had been also battling age-related ailments, died at 12:15am. The funeral will be held at Poovachal Juna Masjid on Tuesday.

It was late director I.V. Sasi who introduced Khader to films. He first wrote for 1973 film Kavitha, in which Sasi was the art director. However, it was the movie Kaatuvithachavan that gave Khader a big break. Later, Khader's songs in the films such Mazhavillin ajnaathavasam, sung by Yesudas, and Neeyente prarthana kettu, rendered by Mary Shaila, were huge hits.

His association with musician Bichu Thirumala was one of the most successful ones in Malayalam cinema. His works have been sung by maestros including K.J. Yesudas, P. Jayachandran, Vani Jairam, S. Janaki, K.S. Chithra, P. Susheela, P. Madhuri, Unni Menon and Lathika. Apart from his projects in Malayalam films, he also penned memorable songs for All India Radio.

His major literary works includes Kaliveena and a collection of children's poems Paduvaan Padikkuvaan. He is survived by his wife, Aamina, and children Thushara and Prasuna.