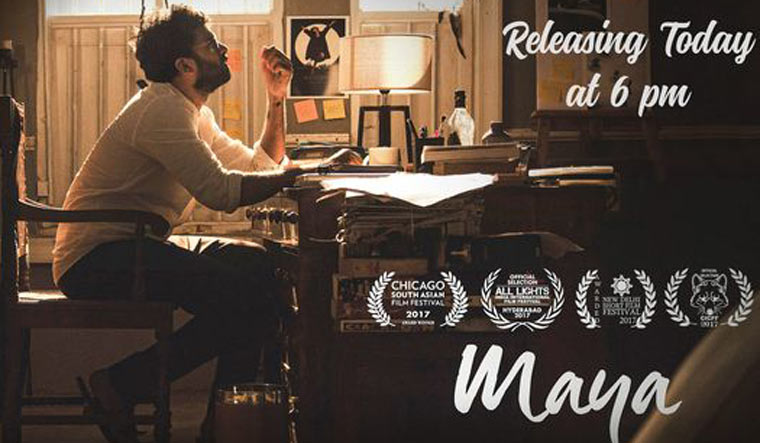 Maya, a Tamil short film, directed by Ani I.V. Sasi, son of veteran director I.V. Sasi and yesteryear actor Seema, was released on YouTube by a host Kollywood and Mollywood celebrities. The revenue from the movie will go to COVID-19 relief works.

Ashok Selvan and Priya Anand play the lead roles in the movie. Maya, which was completed in 2017, had won the best Short film award at the 2017 Chicago South Asian Film Festival.

Ani I.V. Sasi is the co-writer and associate director of the upcoming Priyadarshan-Mohanlal project Marakkar: Lion of the Arabian Sea. He has also worked as the assistant director in a few projects by Priyadarshan in both Malayalam and Hindi.