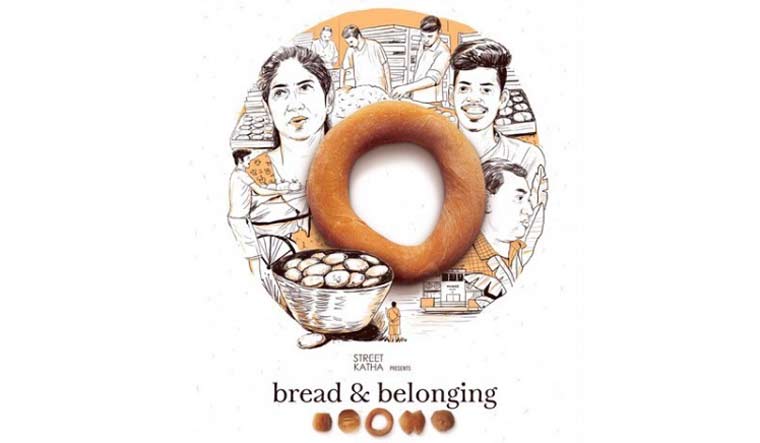 While the coronavirus pandemic has wrecked the schedule and finances of most Indian film festivals,  the 9th edition of Dharamshala International Film Festival (DIFF) is staying the course. Having moved online, the line-up is a vastly expanded mix of feature narratives, documentaries and short fiction from around the world.

The digital migration has allowed the widest slate of programming yet with over 100 films from 40 countries to be screened from October 29 to November 4.

Known for its discerning curation of independent cinema,  DIFF this year has an interesting selection of documentaries on view.

A Rifle and a Bag (2020): Directed by Cristina Haneș, Isabella Rinaldi, Arya Rothe, the docu feature follows Somi and her husband who met while fighting alongside the Naxalites, a communist guerrilla group that has been fighting since the 60’s for the rights of the tribal communities of India. After a decade of armed struggle, the couple deserted the movement and surrendered to the police. After giving their arms, they live in a settlement in Maharashtra. Their struggle to forge a new identity, educate their two children and eventually reconcile their violent past with the fervent desire to integrate is captured in a series of controlled interviews and observational sequences.

Pearl of the Desert (2019): The famed Manganiar musicians from Rajasthan come alive in this documentary, through the story of a 12-year-old boy who’s the first person in his village ever to go abroad and spread the spirit of his people. Divided into chapters and punctuated by traditional Manganiar songs, Pearl of the Desert provides fascinating insight into the traditions, customs and etiquette of this Muslim caste. But above all, for Moti the adventure is a stage in his journey to find where he belongs.

Bread and Belonging (2020): Sonia Filinto's sumptuous documentary is set in India's smallest state Goa and how it comes to grips with migration. Told through three stories which unfold around pão, Goa’s unique bread, it poignantly shows people dealing with migration, changing culture and the ever present need to earn a living.

High Grounds (2019): If you've taken a bus through the intimidating terrains of Spiti Valley, this short documentary will hold much resonance. High Grounds is a film on the drivers and conductors who ply the death roads of the Spiti Valley in India. The film narrates their lives, the workings of the government's transport department and the lives of locals residing in the valley as they embark on this bus journey.

Influence (2020): The international feature doc profiles the slick and morally ambiguous British spin doctor, Lord Timothy Bell, who charted his way to geopolitical influence, first spinning Margaret Thatcher into the “Iron Lady”, then working for the successors of Chilean dictator Augusto Pinochet; later branching out into France, Africa, Russia, the Middle East and elsewhere. In 1998, Bell co-founded the legendary PR firm Bell Pottinger, which quickly earned a reputation for representing even the most unsavory characters. The film examines the politicization of modern communication over the last 40 years from advertising to algorithms, television to Twitter.

The Kingmaker (2019): This American-made documentary drama deals with the life of infamous political spouse Imelda Marcos, wife of the late Philippine President Ferdinand. It examines the Marcos regime and chronicles Imelda’s push to win her son Bongbong the vice-presidency. A gripping portrayal of the extraordinarily rich and ruthless Imelda who sets out to replace the family’s history of corruption with a narrative of a matriarch’s  undying love for her country. "

76 Days (2020): The first major documentary about the pandemic, the raw, intimate and harrowing 76 Days  debuted at the Toronto International Film Festival last month and is set in the early days of the COVID-19 outbreak.  It captures the stories of struggles and human resilience in a battle of survival in Wuhan, China, from the frontlines of the crisis. Production for the film was done at four different hospitals in Wuhan in February 2020. But the co-directors of the film were forced to abandon the project in late March in an atmosphere of intense media scrutiny.