Rajinikanth’s ‘Into the Wild’ episode airs today; check how to watch 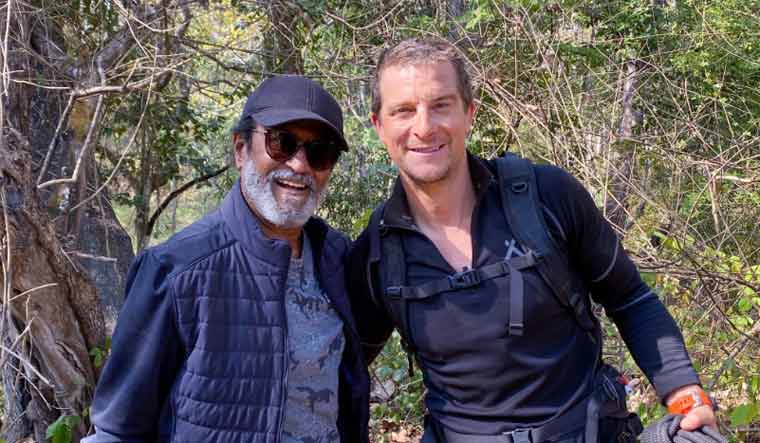 The premiere on Discovery and Discovery HD will be available in eight languages including Hindi, Tamil, Malayalam, Kannada, Bengali, Telugu, Marathi and English.

The much anticipated episode was released on the channels streaming app, Discovery Plus, at 6am on Monday, according to reports.

Can’t bear the anticipation any longer? You don’t have to.
Watch Into The Wild with @BearGrylls and Superstar @Rajinikanth as they take us through a real adventure. Premieres tonight at 8 PM.

While taking up some challenges in the wild with Grylls, Rajinikanth is expected to speak about his journey and struggles in the episode that fans have been eagerly waiting for. In the second teaser that was released recently, the duo was seen trekking using a rope, and even wading in chest-deep waters. “This is the real adventure,” said Rajinikanth at the end of the teaser, throwing his shades in the air, in his characteristic style.

In February, Grylls tweeted about the episode and shared a motion poster. “I have worked with many stars around the world but this one for me was special. Love India,” he wrote. In another tweet, he said that it was fun seeing Rajinikanth in the wild, in a whole new way.

The shooting for the episode took place in Karnataka’s Bandipur Tiger Reserve at the end of January. Rajinikanth, who makes his television debut with this show, called it an ‘unbelievable experience’ and thanked Grylls.

According to reports, Rajinikanth had suffered minor injuries while shooting for the episode. Speaking to ANI, the actor said: “I have finished the shooting of an episode of ‘Man vs Wild’. I have not received any wounds but just scratches due to little thorns, that’s it. I am alright.”

The actor was accompanied by his daughter Soundarya and a team of people for the shoot. The Karnantaka forest department had given official permission for the shoot, with certain conditions. Some wildlife activists had opposed shooting inside the tiger reserve.