No sequel for Dhanush’s Vada Chennai?

Rumours say the sequel for Vada Chennai has been shelved, director yet to confirm 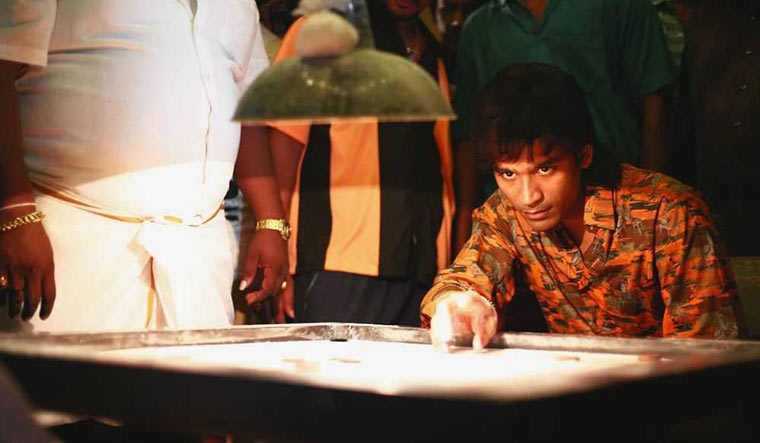 A still from Vada Chennai | IMDB

The story of Anbu, an accidental gangster played by Dhanush in the 2018 Tamil hit Vada Chennai, was originally intended to form a trilogy. Now, it seems that plans for a sequel have been shelved, according to recent news reports.

Citing a source close to the film, DTNext says the movie fell into complications after residents of North Chennai — the area shown prominently in the movie — had reservations about the way their lifestyles were portrayed. The difficulty of finding another location combined with the busy schedule of some of the film’s artists has led to rumours that the film is being shelved.

If true, it will be a major blow for fans of Dhanush and Vertimaaran’s direction. Vada Chennai was applauded for its gripping narrative structure, which spanned decades and the lives of two

The film was directed by Vetrimaaran and starred Dhanush, Ameer, Andrea Jeremiah and Aishwarya Rajesh, with music by Santhosh Narayanan. It faced numerous hurdles during its production with the project temporarily shelved between 2012 and 2015. However, production started again in 2016 and concluded in 2018. Keeping dreams of a Vada Chennai 2 alive will be to hope that the sequel manages to make a comeback from its temporary death much like its original film once did.

Even without the sequel, however, the story will still be added to in the form of Rajan Vagaira — a prequel film mentioned by director Vetrimaaran in an interview with IANS. Rajan Vagaira was intended to track the character of Rajan (played by Ameer) from Vada Chennai — a smuggler who is legendary for his abilities. Interestingly, Rajan Vagaira was planned as a web series and not as a film.

Whether the story of Vada Chennai will end remains to be seen. Given that it was intended as a trilogy, 30 minutes of Vada Chennai part 2 were shot that can still be used, with fans on Twitter requesting that a full unedited version be uploaded so they can get some closure over the story.

The director and producer have yet to comment on whether the film is shelved.