Mammootty opens up about his role in 'Mamangam'

He said after he went through the script, he was unable to say 'no' to the project 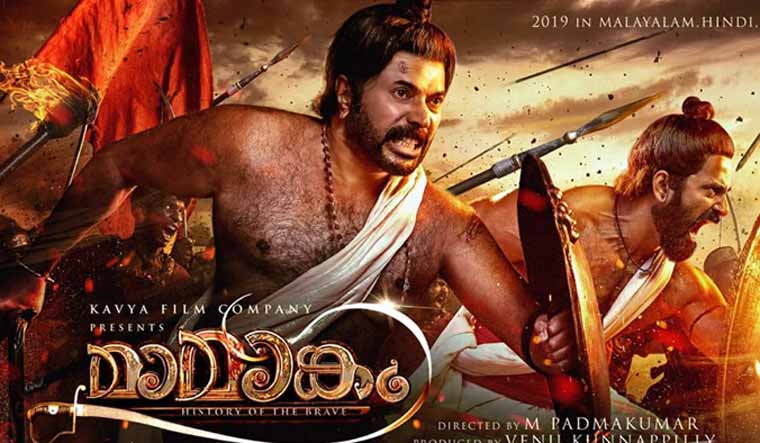 The recently released first look poster of the upcoming Malayalam movie, Mamangam, has the fans of Mollywood star Mammootty elated. The actor looked every inch a fierce, formidable warrior and quite expectedly the fans have been heaping praises on the 67-year-old actor.

Mamangam, which is a period drama, is being directed by M. Padmakumar.

In an interview to DTNext, Mammootty, said after he went through the script, he was unable to say 'no' to the project. Further, speaking about his role in the movie, the actor said he plays a mysterious character who would spot various looks throughout the movie.

Lavishing praises on the makers of the movie, Mammootty said the team behind Mamangam has looked into even the minutest details and added that he was impressed by their dedication.

The movie will be released in Malayalam, Tamil, Telugu, and Hindi, reportedly becoming the first Malayalam movie to have releases in four languages. Set in 1695, the movie revolves around the battle waged by a few brave men against a king during the festival called 'Mamangam' which used to be held once in every 12 years.

Mammootty said he is looking forward to watching the movie on the big screen, indicating to his fans and others that the movie is certainly going to be a grand affair.

The actor told DTNext that he does not want to restrict himself to doing a particular kind of films and admitted that he loves both commercial cinema and parallel cinema equally. He said there are viewers for both these type of movies. He went on to praise the current breed of filmmakers in Mollywood saying a lot of highly talented movie makers are coming up with new ideas and narratives.