Israelis get a taste of Carnatic music; vocalist Aruna Sairam gets standing ovation 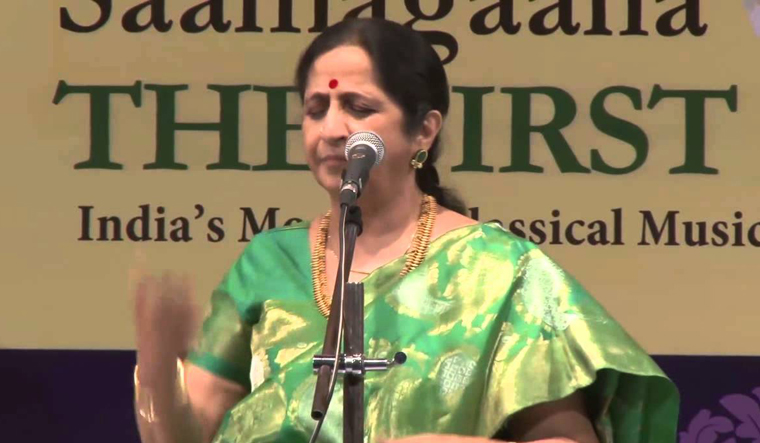 High on bhava, bhakti and classicism, Carnatic music's most prominent vocalist Aruna Sairam enthralled a packed auditorium on Tuesday evening, drawing applause after every raga and a standing ovation, lasting several minutes at the conclusion of her two hour concert.

The main auditorium at the Jerusalem Theatre, hosting the annual Oud Festival, was completely packed with India enthusiasts in Israel who were for the first time witnessing a performance of Carnatic music.

The evening started with singing of famous compositions by the Trinity of Carnatic music—Muthuswami Dikshitar, Tyagraja and Shyama Shastri—but as Sairam moved on to her known ability to improvise with her art form using diverse Indian traditions that have enriched Carnatic music, the audience could be seen spellbound by the intensity of the performance.

To the surprise of Israelis, Sairam also gave The Song of the Herbs, a famous Hebrew song written by Rabbi Nachman and sang by Naomi Shemer, hailed as Israel's first lady of song and poetry, a Carnatic twist drawing a huge round of applause.

Her Abhanga dedicated to Lord Vitthala also drew cheers from the crowd.  Sairam was introduced to the audience by renowned Indologist, Prof David Shulman, as the "true star of the Carnatic music tradition" and she managed to win a lot of hearts in Israel not only for herself but also the form of music she practices.

Several people in the audience spoke of "another mesmersing Indian musical form" that they did not have exposure to so far. India's Ambassador to Israel, Pavan Kapoor, promised the audience to bring different form of Indian culture to Israel and also made an announcement regarding preparations for a Festival of India in Israel. "We have introduced a direct flight between Delhi and Tel Aviv for Israelis to go and experience India. For those who are still not able to, we will continue to bring for them different aspects of our tradition here", Kapoor said in a lighter vein.

Sairam was accompanied by R.K. Shriramkumar on Violin, J. Vaidyanathan on Mridangam and S.V. Ramani on Ghatam, a percussion instrument used in Carnatic music. Several prominent Indian musicians have participated in the annual Oud Festival of Jerusalem which is in its 19th year. This year the festival is being held with an emphasis on tributes to great artists and ancient musical traditions.