'He had world class vision to bring the best to India,' Uday Kotak 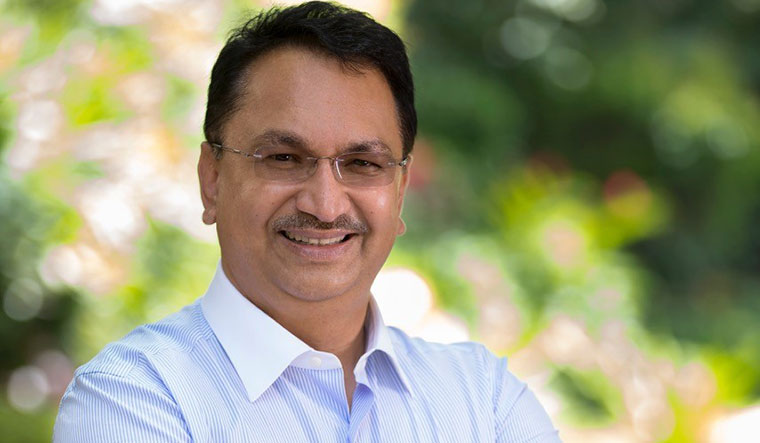 Toyota Kirloskar Motor Vice Chairman Vikram S Kirloskar has died due to a heart attack, the automaker said on Wednesday.

"We are extremely saddened to inform the untimely demise of Vikram S Kirloskar, Vice Chairman, Toyota Kirloskar Motor on 29th November 2022. At this time of grief, we request everyone to pray that his soul rests in peace," the company said in a statement.

Kirloskar was born in November 1958. After passing out of Lawrence school in Ooty, he went on to study mechanical engineering at Massachusetts Institute of Technology. Soon after he joined the family business, where he started with production and engineering. Kirloskar is credited with bringing Toyota's business to India in the late 1990s. Kirloskar and his wife Geentanjali have a daughter Manasi, who married Neville Tata, son of Noel Tata, in 2019.

The business world has been expressing its condolences on Twitter after Kirloskar's death.

Congress President Mallikarjun Kharge wrote: Extremely saddened by the passing away of the Vice Chairperson of Toyota Kirloskar Motor, Shri Vikram Kirloskar. One of the pioneers of India's automotive industry and a man of vision, he contributed to nation building. My thoughts and prayers are with his family and friends.

Vice Chairman and Managing Director of Kotak Mahindra Bank, Uday Kotak wrote: Very sad to lose my friend Vikram Kirloskar. He had world class vision to bring the best to India. A clear mind and a great heart. We also worked together at CII leadership. We are with you, Geetanjali and Manasi.

Minister of Road Transport and Highways Nitin Gadkari: Deeply saddened to know about the demise of Vice President of Toyota Kirloskar Motor Pvt Ltd and a very dear friend of mine, Vikram Kirloskar Ji.

Businessman and author Suhel Seth wrote: Deeply deeply saddened by the passing away of Vikram Kirloskar: a dear friend and an outstanding humanist! Gone only at 64. Om Shaanti.

Industrialist Naveen Jindal wrote: Shri Vikram Kirloskar was a pioneer in the Indian automobile industry, loved & admired by all. He leaves behind a rich legacy and will always be remembered for his contributions to nation building. My deepest condolences to his family, loved ones & the Kirloskar group. Om Shanti

MD and CEO of Mahindra Group Anish Shah wrote: Deeply saddened to hear about the demise of Shri Vikram Kirloskar, Vice Chairman of Toyota Kirloskar Motors. He was a pioneer of the Indian automotive industry. My heartfelt condolences to his family on behalf of all our associates at the Mahindra Group.

MCCIA (Mahratta Chamber of Commerce, Industries and Agriculture ) wrote: Heartfelt condolences on the untimely demise of renowned industrialist, Vice Chairperson of Toyota Kirloskar Motor, Shri Vikram Kirloskar. With a world-class vision, he was one of the stalwarts of India's automotive industry. May his soul rest in peace.