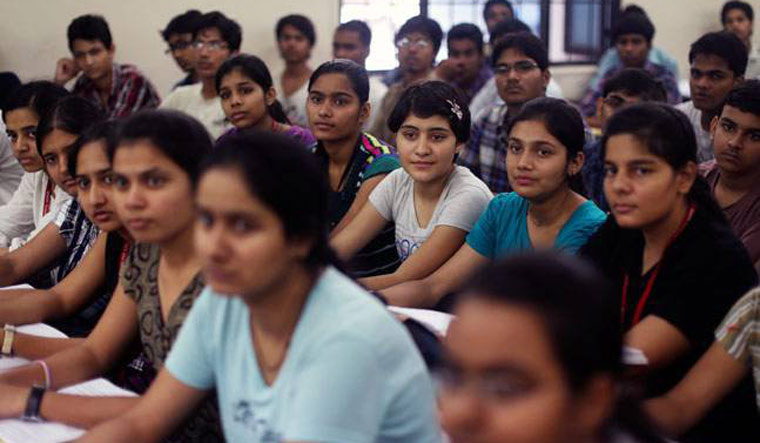 The medical education sector in India has been facing multiple challenges over the years. There has been a 100 per cent increase in students appearing for MBBS exams in the last five years, but only 23,000 undergraduate medical seats were added in the same period. The key driver has been government colleges, accounting for 60 per cent of the new MBBS seats added.

Only 37 private medical colleges were set up in the last 5 years (2016-21) compared to 66 in four years prior to this period, resulting in worsening student intake ratio for MBBS courses over the years. This was revealed in a report on medical education in India by Anand Rathi Advisors Limited (ARAL).

The report highlighted that one of the essential requirements to establish a medical college was securing a minimum 20 acres of land and that the management should have been operating a hospital for the previous two years.

Given the scarcity of land in metros and tier-2 cities, and urban real estate being expensive, medical colleges can only be set up in tier-3 cities or rural areas. However, medical colleges along with a hospital in rural areas are unable to attract faculty and doctors due to lower pay scales.

The ARAL report pointed out that despite the addition of 30,000 student capacity for the MBBS course in India in the last six years, the number of candidates to seats available has gone up from six students per seat in 2016 to 10 in 2021. This is primarily on account of muted growth in the number of private colleges (a four per cent CAGR over 2012 and 2021) and the increase in student capacity at private colleges, at three per cent CAGR.

The student acceptance rate for the coveted government seats is even lower, at 3.5 per cent with an intake ratio of 28 students per seat. Accordingly, most students planning to pursue an MBBS opt for foreign universities given their better acceptance ratio and lower fee structure.

Another major challenge that the report highlights is the higher fee structures. The management-quota fee in private institutions is very high (Rs 25 lakh to Rs 30 lakh per annum), far more than the fee the students will have to pay in countries like China, Ukraine and Russia. Then there are reservation quotas. Almost 50 per cent of seats in government colleges are awarded to meritorious candidates, while seats in private colleges are allotted based on various reservation quotas, reducing the number of seats for general students.

The report stated that colleges set up by the government of India follow an all-India quota for allotment of seats; 15 per cent seats in state government medical colleges are reserved as per the all-India quota while the remaining 85 per cent are allotted on the basis of state quota. In private medical colleges, 25-65 per cent of seats are reserved for state quota while the remaining seats can be allotted by the management. There is no reservation for students from other states.

According to the report, medical education abroad has gained much traction as there is limited competition, and is cheaper than in India. China, Ukraine, the Philippines and Russia account for around 60 per cent of the student outflow from India. Upon completing medical studies in foreign universities, the candidates are required to appear for a ‘Screening Test - FMGE’ to be eligible for a license to practice in India. Students who have completed their MD and MS from Australia, Canada, New Zealand, the United Kingdom, and the United States do not have to give the Foreign Medical Graduate Test in seeking permission to practice in India. All students opting to study abroad from 2018 are required to give the National Entrance Eligibility Test (NEET) the result will be considered as an eligibility certificate for such students.

However, as per the report, foreign universities require only a 138 NEET score, against 550 out of 700 in government medical colleges in India. Many students wanting to study in foreign universities often do not enroll in private coaching and avoid private-coaching expenses of Rs 150,000 to Rs 350,000. The global acceptance rate in foreign universities barring Ivy League colleges in Europe and the US is much better 2:1 – 8:1, compared to an average of 28:1 in Indian government colleges. In India, some private medical colleges have arbitrarily, during the course, increased MBBS fee for non-government seats, leaving students with no option but to pay up. Some private medical colleges have also been barred from admitting students due to irregularities during inspections, which raises suspicion among students about joining such colleges.

Another finding of the Anand Rathi report is that the Indian government has raised concerns regarding the quality of education offered by private medical colleges in central Asian countries such as Kyrgyzstan as many such medical colleges may be operating without adequate infrastructure and may have been unable to enroll local students, but have successfully enrolled Indian students for MBBS. Due to climatic conditions being different in other countries, Indian students who graduate from many foreign countries are unfamiliar with treatments for widespread diseases in India. This unfamiliarity impedes students’ ability to do a proper medical internship in India, after graduating abroad.

The report also points out that over 70 per cent of Indian students who pursue foreign medical education are unable to pass the FMGE test. In Asian countries such as Kyrgyzstan, Tajikistan and China the passing percentage falls to as low as 12-18. China has restricted the use of English in 45 of its 200 colleges offering MBBS courses in an attempt to reduce foreign students seeking medical education.

“The return of Indians studying MBBS in Ukraine has highlighted the growing shortage of MBBS seats in India, despite the government’s best efforts to ramp up capacity over the years. We reckon that private sector participation in the medical education industry needs to increase significantly for the admission scenario to improve in India,” remarked Samir Bahl, CEO of Investment Banking, Anand Rathi Advisors Ltd.