Worse may be over but MSME segment still faces challenges 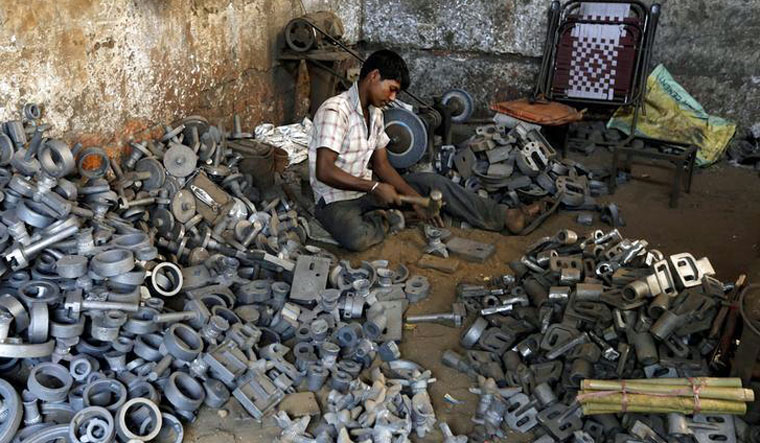 The MSME segment has had a rough patch ever since the pandemic struck and the segment still faces challenges. There has been a positive sign as well for the segment. The issue of getting access to capital seems to have eased. The average ticket size of MSME loans increased by 92 per cent from Rs 37.7 lakh in FY20 to Rs 72.4 lakh in FY22 as per CRIF High Mark's MSME data. The data also revealed that loans totalling Rs 3,729,000 crore were disbursed in FY22, up 182 per cent from FY20. As the pandemic is on the verge of getting over there are challenges ahead for the segment in the near term.

“MSMEs are the backbone of the Indian economy, and our data aims to examine the key credit trends emerging for this segment. The fact that total loans disbursed to MSMEs has increased by nearly 50 per cent compared to pre-pandemic levels is a clear indication that the lending community is actively supporting the resilience and regrowth of this sector,” said Navin Chandani, MD and CEO, CRIF High Mark, said.

As per a report by CRISIL over a fourth of MSMEs lost over 3 per cent of market share last fiscal due to the Covid-19 pandemic, and half of them suffered a contraction in their earnings before interest, tax, depreciation and amortisation (Ebitda) margins because of a sharp rise in commodity prices last fiscal, compared with the pre-pandemic (fiscal 2020) level, CRISIL Research’s SME Report 2022 reveals.

“SMEs in several sectors saw market share loss of over 3 per cent and Ebitda margin erosion compared with fiscal 2020 last fiscal. For instance, the pandemic-induced supply chain disruptions impacted small pesticides manufacturers more. On the other hand, large ones leveraged their global presence to procure raw materials, so it could eat up a huge chunk of the SME pie. Edible oil SMEs lost market share because an increase in hygiene quotient because of the pandemic meant less buyers for oil sold loose. Pesticides and edible oil SMEs suffered margin contraction of 100 bps and 200 bps, respectively, due to partial pass-through — at less than 60 per cent — of increase in raw material costs,” said Pushan Sharma, director, CRISIL Research.

As per the report interestingly, 40 per cent of the SMEs hardly lost market share because of their ‘essential’ nature, such as pharmaceutical, agricultural millers, or by virtue of commanding a high share, such as the brass industry. A handful of sectors, such as steel pig iron, gained share where only SMEs could capitalise on revival in infrastructure demand, as large plants captively consume their output. As a majority of tobacco selling points remained closed due to health concerns, tobacco processing SMEs, which largely sell loose tobacco and bidi, gained market share. At the same time, surging input costs weighed heavy on sectors that operate in low-margin products and have limited pass-through.

Experts at CRISIL feel that sectors such as textiles and pharmaceuticals have offered a ray of hope for exports. Cotton yarn exports have benefited from the US ban on Xinjiang, China-made items, apart from the China plus 1 policy. The readymade garment industry, with 70 per cent MSME share, gained from supply constraints in China, and from emerging global opportunities. Pharma exports soared on pandemic-related demand, even as the domestic industry was struggling with lower volume demand.

It is expected that, going forward, Tirupur-based MSME garment manufacturers could benefit from export orders diverted from an economically floundering Sri Lanka. In the milieu, MSMEs should see revenue increase 9-11 per cent this fiscal to 1.25 times the fiscal 2020 level, though Ebitda margin is likely to remain range-bound at 5-5.5 per cent. As per CRISIL, while the industry Ebitda margin is expected to touch the pre-pandemic level this fiscal, MSMEs in more than half the sectors will buck the trend. The performance is also underwhelming in the context of overall corporate India, which is expected to log a 10-14 per cent increase in revenue and Ebitda margin of 19-20 per cent.

Some experts feel that the the MSME sector in India has been getting due recognition in India in recent years. The five statutory bodies established to promote the sector is encouraging the sector, though not up to the expected level. Despite the budget allocation doubling in FY22 to Rs 17,700 crore as compared to the FY21, it is not sufficient compared to the demand.

“The sector has provided employment to not less than 11 crore workers, contributing to nearly 30 per cent of India’s GDP. The registered MSMEs are nearly one crore or little less. In actuality, there could be much more. The sector contributes nearly 50 per cent of the country’s exports. But the sector is not considered as prime one and hence, gets attention occasionally. The government must consider establishing a separate bank to address credit crunch faced by the sector. There is also a dire need to discipline MSMEs in terms of uploading their information like the invoices, bottle necks faced in business promotion and the help required to improve domestic trade and export,” said Girish Linganna, director of ADD Engineering Components India Limited (An Indo-German Company).

He said that maintaining high quality in product promotion should be the motto of MSMEs. “The sector can then bargain with the government to increase the mandatory procurement rate from MSMEs for PSUs and government establishments through e-market portal.”