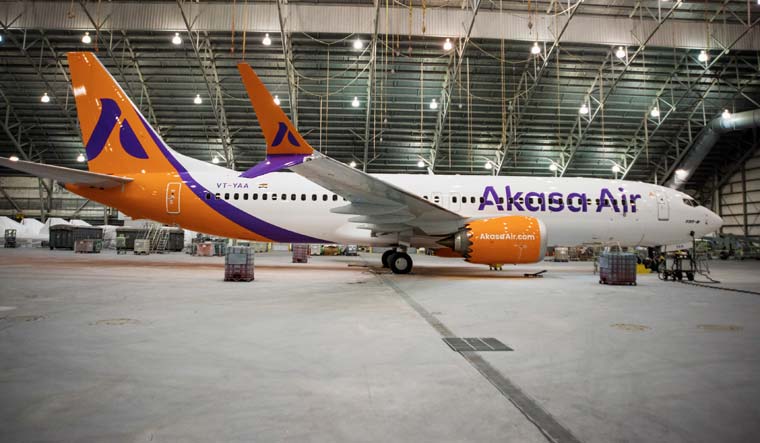 The Akasa Air Twitter handle shared images of a new Boeing 737 MAX jet sporting the orange, purple and white livery of the airline. Akasa Air tweeted the new jet was its “QP-pie”, referring to the airline's code of QP. The aircraft appeared to be in the manufacturer's hangar.

At the time, Akasa Air CEO Vinay Dube said “We are delighted to partner with Boeing for our first airplane order and thank them for their trust and confidence in Akasa Air's business plan and leadership team. We believe that the new 737 MAX airplane will support our aim of running not just a cost-efficient, reliable and affordable airline, but also an environmentally friendly company with the youngest and greenest fleet in the Indian skies.”

Interestingly, last week, a DGCA official said the formal launch of Akasa Air flights could be delayed as the carrier would receive its first aircraft by June or July.

Dube had said the airline intends to start commercial operations in July 2022 and is on course for later aircraft inductions to fly 18 aircraft by the end of March 2023.