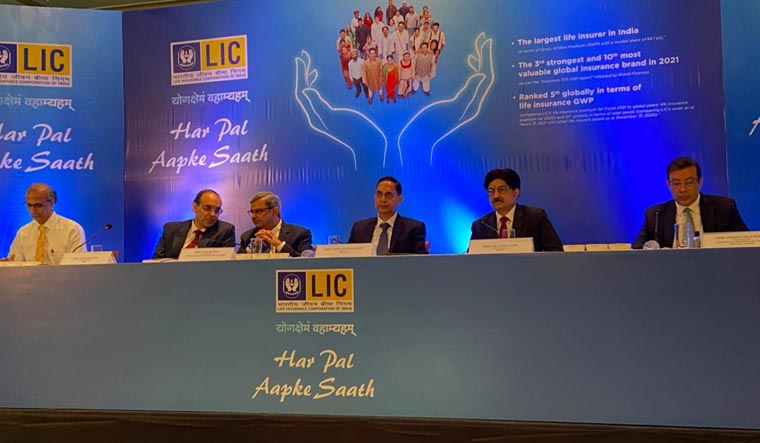 The Congress on Tuesday questioned the Narendra Modi government on the ongoing IPO of Life Insurance Corporation of India. The LIC IPO, billed as the largest to date in India, was launched for anchor investors on May 2.

LIC announced on Tuesday it had garnered over Rs 5,627 crore from the anchor investors. However, the Congress has questioned the rationale behind the offer price.

The Congress alleged “LIC shares are significantly undervalued”. In a statement on the issue, Surjewala noted the LIC valuation was reduced from “Rs 12-14 lakh crore in February 2022” to Rs 6 lakh crore in just two months.

He noted the share price band of LIC was reduced from Rs 1,100 per share to the current price band of Rs 902-949 a share. The Congress claimed some experts had warned the government stood to lose Rs 30,000 crore by reducing the embedded value.

The Congress questioned whether the government was ignoring key indices such as LIC's high ROE (return on investment of shareholders). Surjewala said “In the financial year 2021, LIC's ROI was 82 per cent It is the highest in the world. It is four times its nearest competitor in the world. LIC's compound annual growth rate from FY 16 to FY 20 was 5.1 per cent. This makes LIC rank 3rd in the world in the insurance sector.”

Surjewala said “The government's desperation to list LIC IPO despite lower valuations, omission to take into account key valuation indices, global uncertainties, and a volatile market is deeply intriguing and highly questionable. This is our only objection.”

Surjewala noted “LIC is the 6th largest in the world when it comes to assets under management. The total value of these assets is $56 billion. The reason for the government undermining these key indices in arriving at the valuation is unknown.”

While financial analysts and stock markets are eagerly awaiting the LIC IPO, there have been voices of criticism on the exercise. CPI(M) leader Sitaram Yechury had tweeted last week the LIC IPO was “mega plunder of people’s resources” and “scam of gigantic proportions”.

Yechury had tweeted “... The procedures adopted smack of a scam of gigantic proportions. Scrap this IPO.”

Former Kerala finance minister Thomas Isaac had described the IPO as the “mother of scams”. He tweeted last week “Multiplication factor of 1.1 on LIC's embedded value is scandlous when factors of private insurance companies have ranged between 2.5 and 4.0. Over the envelope calculation shows that the implicit loss from the IPO would be between Rs 26000 and Rs 35000. It is mother of scams.”