Musk wants to 'authenticate all real humans' on Twitter 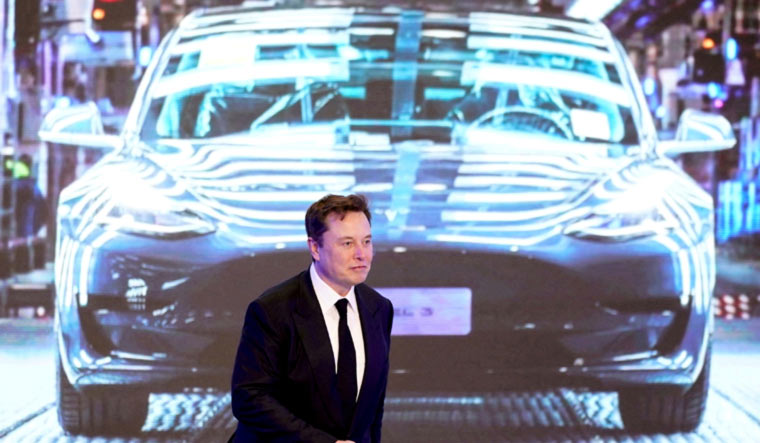 Elon Musk has sold 4.4 million shares of Tesla stock worth roughly $4.8 billion, most likely to help fund his purchase of Twitter.

Most of the sales took place on Tuesday, a day when Tesla shares closed down 12 per cent, a huge single-day drop.

Analysts said Tesla investors are fearful that Musk will be distracted by Twitter and less engaged in running the electric car company.

On Tuesday, Twitter announced that the company had reached an agreement with billionaire Elon Musk to acquire the social media organisation for approximately $44 billion.

Last week, the Tesla CEO had said he plans to 'authenticate all real humans.' Musk's other short term steps to make the social media platform better include making the algorithms open source to increase trust and defeating the spambots. His goal to 'authenticate all real humans' has Twitterati guessing. Does it mean that one now needs to have a real name to hold a Twitter account? Will it mean the end of anonymity?

Musk could accept pseudonyms, but, could need photo identification or integration from another platform or a third-party service where the user is known. These new protocols could mean huge ramifications for millions of users. This will also mean that spam accounts and accounts that push cryptocurrency scams would be thwarted. Other methods Musk could adopt to ensure authenticity are linking the account to a credit card or relying on CAPTCHAs. Linking the account to a credit card could risk losing millions of users.