400 Vande Bharat trains to be developed: Budget 2022 announcements for Railways

Railways would develop new products for small farmers and MSMEs 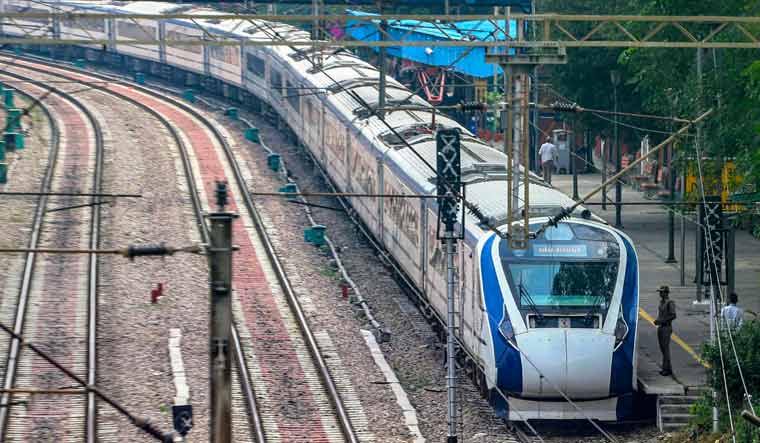 Finance Minister Nirmala Sitharaman on Tuesday announced a ramp-up in new passenger and freight train infrastructure as she presented the Union Budget.

Sitharaman said 400 new Vande Bharat trains, which are faster and more energy efficient, would be manufactured in the next three years.

She said 100 PM Gati Shakti Cargo terminals would be developed during the next three years.

In a bid to boost local industries and exports, she said the concept of 'one product, one railway station' would be popularised to transport local goods.

She said the Railways would develop new products for small farmers and MSMEs.

Following the budget announcements, stocks of companies working in the rail sector were higher. Fortune India reported shares of IRCTC, Titagarh Wagons and Siemens were higher on the Bombay Stock Exchange.