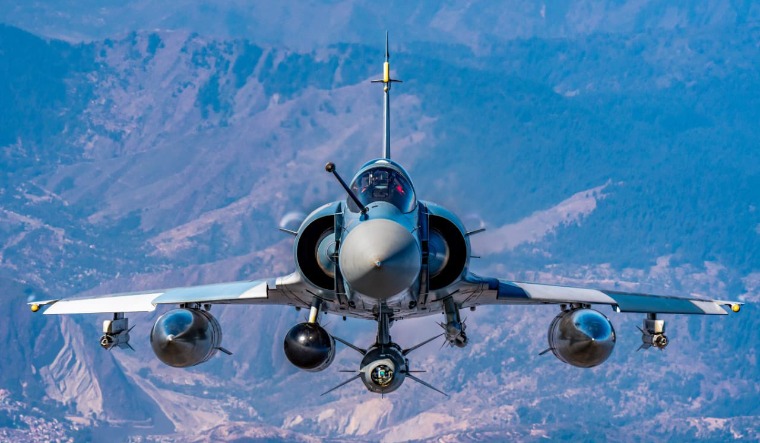 French defence company Thales is being sued by alleged middleman Sanjay Bhandari over non-payment of commissions. The company has denied any wrongdoing.

Bhandari is wanted in India on charges of tax evasion and money laundering and is fighting extradition requests by New Delhi. Bhandari had fled to the UK in 2016 and is seeking asylum there. His extradition trial is expected to start in February.

The UK's The Telegraph reported recently that Bhandari had filed a lawsuit against Thales at a commercial court near Paris. Bhandari claimed he was hired by Thales to secure a Euro 2.4 billion contract to upgrade India's fleet of Mirage 2000 fighters, which was signed in 2011. The Telegraph reported “Bhandari is asking the court to order Thales to pay him commissions that he says he is owed. The lawsuit is ongoing and a judgement is expected later this year.”

Bhandari alleged that from 2008, he had helped Thales in securing the deal to upgrade the Mirage 2000 fighters by facilitating a meeting with an Indian defence official.

“He claims that he was due a consultancy fee of €20m but was only paid €9m,” The Telegraph reported.

Bhandari claimed Thales had paid him via “an elaborate financial covert scheme in India and Dubai which enabled the payment of secret commissions to intermediaries”.

Bhandari claimed the BJP-led government was targeting him for his links to the Congress party. A spokesperson for Thales told The Times of India, “Mr Bhandari filed a petition against Thales SA in a commercial court in June 2021 for the settlement of sums allegedly due to him on an aeronautical modernisation project. Thales firmly denies the claims by Mr Sanjay Bhandari regarding the sums allegedly due or any other payments to him by Thales SA. Thales has never signed a contract with Mr Bhandari or his companies in connection with this project. Thales complies with the law and applies a zero tolerance policy on corruption and influence peddling. The group’s integrity programme is regularly evaluated and amended to reflect changes in applicable legislation and best practices.”

The Telegraph report noted the allegations could embarrass the French government as it attempts to sell more Rafale jets to the Indian Air Force and also secure an Indian Navy contract. Thales is a major supplier for the Rafale, providing the fighter's radar, electronic warfare systems, optical targeting system and laser targeting pods.