Charges of almost all treatment components fixed; violators to be fined 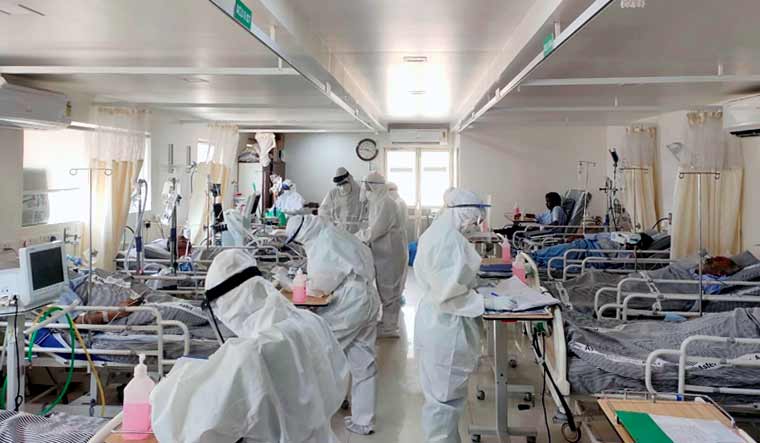 In the wake of innumerable complaints of overcharging, the Kerala government has fixed COVID-19 treatment rates for private hospitals. The new rates will include the charges for almost all treatment components, from registration and doctors' charges to oxygen cylinders and post-discharge diagnostic tests.

Any imposition above the newly prescribed rates would be penalised at 10 times the extra cost extracted from the patient. These new charges were fixed in an order issued by the Health and

Family Welfare Department on Monday. The order stated that these new charges would include almost all treatment charges, except high-end investigations like CT chest and HRCT chest, PPE kits and costly medications like remdesivir and tocilizumab.

But these exceptions, the order states, should not exceed the MRP of these drugs and consumables and the declared hospital rates for high-end investigations.

Here are the charges that will be included in the new charges fixed by the government: registration charges, bed charges, nursing charges, charges of surgeons, anaesthetists, medical practitioners and consultants, anaesthesia, blood transfusion, oxygen, medicines and drugs, pathology and radiology tests including radiological imaging and diagnostic tests such as X-ray, USG, haematology, pathology, etc.

The latest order also states that all pre- and post-hospitalisation expenses, if done in the same hospital, should also be included within the new rates; and this includes expenses incurred for consultation, diagnostic tests and medicines before the admission of the patient and also the cost of diagnostic tests and medication up to 15 days after discharge from the hospital.

Meaning, if the patient had settled the bill on discharge, she should not be charged for any subsequent medical expenses in the hospital for up to 15 days.

There will be no change in the rates of COVID-19 tests. The RTPCR rate would continue as Rs 500. Though the cost of PPE kits are not included in the newly fixed charges, the order states that, as agreed by the associations, only two PPE kits should be used daily in general wards and only five in ICUs.

The order also states that all hospitals should publish the rates of various treatments, consumables, medicines, doctors and nursing in such a way that these could be easily visible.

Any instance of overcharging could be sent to the district medical officer. There will also be a three-member appellate authority chaired by C.K. Padmakaran. Dr V. Rajeevan and Dr V.G. Pradeep Kumar will be members.

The MES and Catholic Hospital Association have said that they would accept the rates fixed by the government.