The Great Indian Escape: India's super-rich flocked to London on private jets ahead of flight ban

Eight private jets from India landed in Britain within 24 hours on April 23: Report 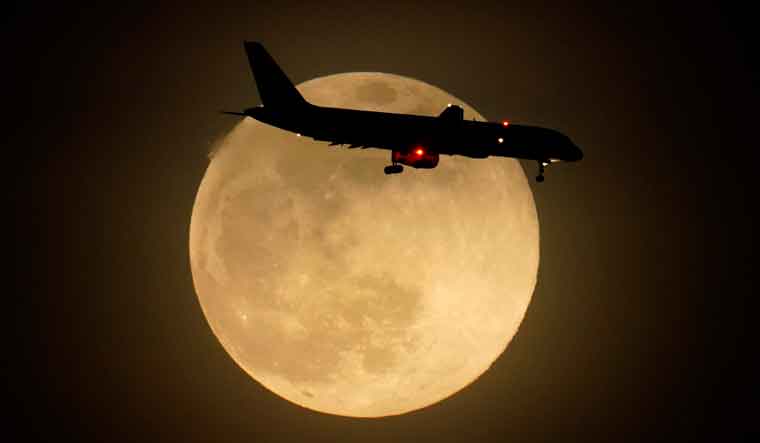 [Representational image] A jet is silhouetted by the rising moon | AP

On Friday, at least eight private jets from India landed in Britain within 24 hours as the super-rich from the COVID-battered nation took safety in London ahead of an impending flight ban on April 23. According to data analysed by The Times London, at least eight private jets flew into Britain from India in 24 hours before the new travel ban could come into force at 4 am on April 23.

It is estimated that the Indian uber rich must have paid more than £100,000 for the nine-hour private jet flights.

One jet—a 13-seater Bombardier Global 6000—landed at Luton airport from Mumbai 45 minutes before the introduction of the travel restrictions at 4am on Friday. Three others also arrived at the airport, narrowly missing the deadline as the UK government added India to its “red list” of countries.

The UK added India to its travel "red list" on April 19 with the ban coming into effect from 4 am on April 23.

Here are the major takeaways from The Times’ analysis of eight executive jets landed that at Luton, London’s busiest airport for private aircrafts:

Apart from India, the UK "red list" includes 38 countries, including from South America, Pakistan and Bangladesh.

With the health care infrastructure crumbling in the country, Indian tycoons and others able to afford fares running into millions of rupees are booking flights to Europe and the Middle East. Reportedly, private jet arrivals from India to London, the Maldives and Dubai had spiked just before the restrictions took place.