Adani Ports: What is the impact of removing a stock from the S&P index? 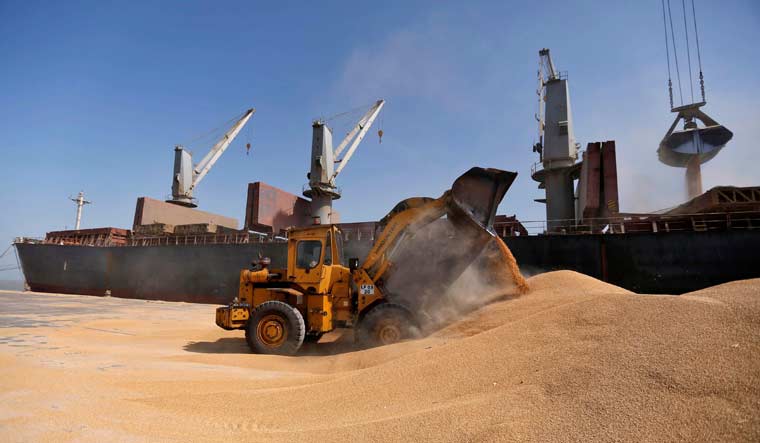 FILE PHOTO: A dozer unloads wheat next to a ship at Mundra Port, one of the ports handled by India's Adani Ports and Special Economic Zone Ltd, in the western Indian state of Gujarat April 1, 2014 | REUTERS/Amit Dave/File Photo

On Tuesday, Indian investors woke up to the news of removal of Adani Ports and Special Economic Zone (APSEZ) from S&P Dow Jones's sustainability index. A statement from the benchmark index stated that the move was in accordance with a US order banning investments in any entity deemed as having military ties.

"The order, which takes effect January 11, 2021, may impact the ability of market participants to replicate S&P DJI Equity and Fixed Income Indices containing securities affected by the order," S&P Dow Jones Indices said. It will be removed from the index prior to the open on Thursday, April 15.

Reportedly, the process for this decision was put into motion over a month back when an Australian environmental campaign group, Market Forces, asked S&P Global to review APSEZ’s status in its Dow Jones Sustainability Index, asking that the company be scrutinised for its business ties with the Myanmar military and role in developing a new thermal coal mine.

A later report, released by the Australian Centre for International Justice and Justice for Myanmar, said the leaked documents from the Yangon Region Investment Commission proved the Adani Group was paying $30 million to the Myanmar Economic Corporation in “land lease fees”.

The S&P action came despite the Adani Group saying on March 31 it would consult authorities and stakeholders on its port project in Myanmar, after human rights groups reported its subsidiary had agreed to pay millions of dollars in rent to the military-controlled firm.

While stock selection for The Dow is not governed by a strict set of rules, the committee focuses on an eligible company’s reputation, its history of sustained growth, its interest to investors, and its sector representation of the broader market. The selection process for the S&P 500 is governed by quantitative criteria—including financial viability, public float, adequate liquidity, and company type—that make a security eligible for inclusion.

The move is only a political message and will have little impact on the company in the long term. That said, there are immediate repercussions, including the shares tanking in the immediate future.

While passive money managers will move with the index, the active funds would, to a certain extent, try to ignore some of this benchmarking, which is very political.