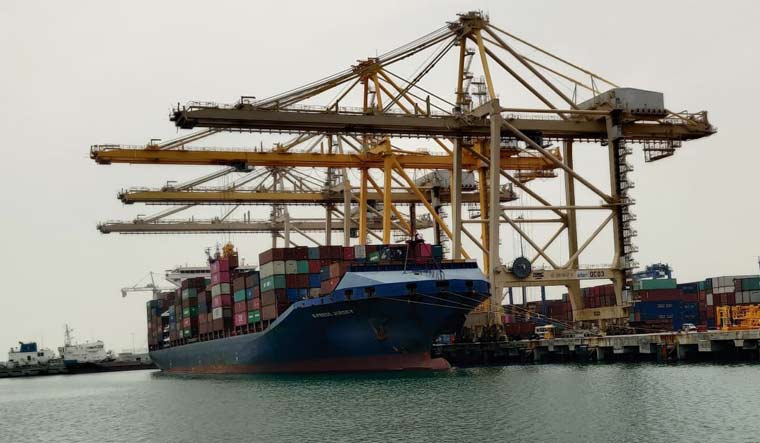 S&P Dow Jones Indices announced on Monday that it had removed Adani Ports and Special Economic Zone Ltd from its Sustainability Index due to the company's ties to the military regime in Myanmar.

According to S&P, the Sustainability Index "tracks the stock performance of the world's leading companies in terms of economic, environmental and social criteria".

S&P announced “Adani Ports and Special Economic Zone (XBOM: 532921) will be removed from the Dow Jones Sustainability Indices following a Media & Stakeholder Analysis triggered by recent news events pointing to heightened risks to the company regarding their commercial relationship with

Myanmar’s military, who are alleged to have committed serious human rights abuses under international law.”

S&P announced that Adani Ports will be removed from the Sustainability Index prior to its opening on Thursday.

Adani Ports had been heavily criticised for its alleged links to the Myanmar Economic Corporation (MEC), an entity backed by Myanmar's military. Adani Ports is building a port in Yangon on land leased from MEC at an estimated cost of $290 million.

Human rights groups had attacked Adani Group over the project in the wake of the recent coup in Myanmar. Violence after the coup has left over 700 dead.

On March 31, Adani Ports issued a statement saying, "Much like our global peers, we are watching the situation in Myanmar carefully and will engage with the relevant authorities and stakeholders to seek their advice on the way forward... We condemn violations of the fundamental rights of all people and would continue to work with our partners and stakeholders, including business leaders, government and non-government organisations, to foster a business environment that respects human rights. We are also working with independent think tanks to ensure mitigation of human rights violations risks and building equal opportunity platform through sustainable value creations powered by critical port infrastructure."