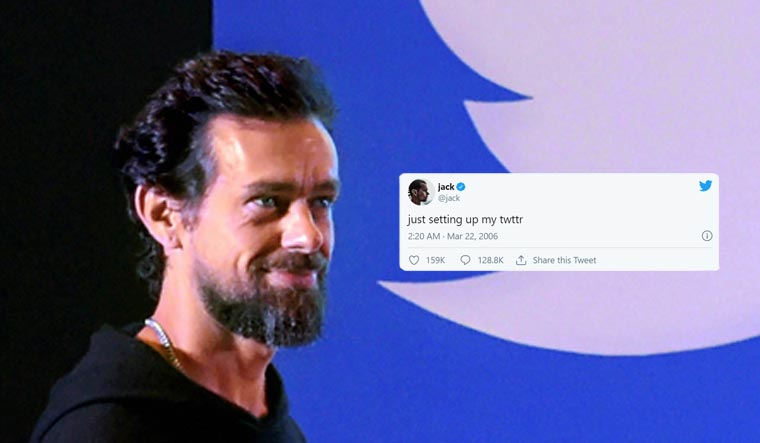 The hype has yet to settle on the excitement around non-fungible tokens (NFTs), unique pieces of data that are stored on a blockchain that can range from a song to a picture to even a tweet. Twitter founder and CEO Jack Dorsey has now concluded the auction for his first-ever tweet—“just setting up my twttr”—which was made 15 years ago on March 22, 2006.

The platform the tweet was sold on, “Valuables”, allows users to buy and sell tweets that have been digitally autographed by their creators. Dorsey’s tweet was bid for $2.5 million by Sino Estavi, CEO of Tron-based blockchain network Bridge.

Estavi had also bid for Elon Musk's techno song, which the eccentric billionaire entrepreneur had also put up for sale as an NFT. Estavi bid $1.1 million, alongside his bid for Dorsey's tweet, but Musk went on to turn down the offer saying it did not feel right.

Other bids for Dorsey's first tweet ranged from $2 million to $1 (the first bid). Dorsey had said that he would convert the proceeds to bitcoin and donate it to Give Directly, an organisation delivering COVID-19 relief to several African countries including Kenya, Rwanda, Liberia, Malawi, the Democratic Republic of the Congo and Togo.

Will immediately convert proceeds to #Bitcoin

And send to @GiveDirectly Africa Response

Edward Snowden’s 2015 tweet was also bid for, which was just the question “Can you hear me now”. The highest bid for that tweet was $600.

Earlier, NFT artist Beeple raised a record $69 million from listing a single-piece compilation of his EVERYDAY series of artwork as an NFT.